Limerick concluded their Munster League with a comprehensive win over the Kingdom in Austin Stack Park on Sunday.

Limerick’s Munster League campaign came to an end on Sunday afternoon as they left Tralee with a facile 0-25 to 0-9 win over Kerry. John Kiely’s men rarley looked in trouble as they took down the Kingdom without 75% of their All-Ireland winning XV.

David Reidy hit 0-9 over the course of the afternoon with seven of those coming from play while Colin Coughlan and Mark Quinlan combined for seven points from wing back.

There were two further debutants in the form of Donnacha O’Dalaigh and Jamie Power to go with seven the previous week.

Next up for Limerick is a trip to Pairc Ui Chaoimh in the first round of the League in ten days time in a repeat of their first outing of 2023.

With preseason now in the books, we take a look at some talking points to emerge from the victory

In the 2022 championship, Diarmaid Byrnes broke the record for most points scored by a defender in a single campaign, shooting over 0-36 in a dominant season that earned him the Hurler of the Year award. Byrnes’ has taken some time away to travel but while he is expected back during the league, others have taken up the mantle as threats from wing back.

Colin Coughlan was introduced to devastating effect on Sunday afternoon with the Ballybrown man clipping over four from distance. Granted the defending was lax from the Kingdom but none were gimmes from Coughlan with each coming from inside his half. It could have been five but he missed arguably the easiest of the lot with his first effort.

On the other wing, Mark Quinlan chipped in with a pair in the first half before rounding off the scoring for Limerick with the concluding point of the afternoon. After a season blighted by injury, his return to form is a huge boost for Kiely with he and Coughlan adding a scoring touch from defence.

0-7 from play from half-backs is nothing to be scoffed at and is a weapon that Limerick are likely to need come the league and championship with Coughlan and Quinlan poised to make a contribution.

Of the 17 players that featured on Sunday afternoon, just three of those featured in last year’s All-Ireland final. Dan Morrissey and Darragh O’Donovan both started while David Reidy replaced the Doon man with twenty minutes to play. None of the remaining sixteen players that played against Kilkenny were used in the Munster hurling league campaign.

Kiely handed out no fewer than nine debuts over the course of the two games, with seven given starts. Fergal O’Connor started both and was a key figure throughout as he laid down his claim to replace Mike Casey in the league. Shane O’Brien made a scoring impact off the bench following an impressive first outing while Conor O’Grady and Micheal Houlihan also bagged a pair in their maiden starts. Ciaran Barry was solid in both outings whether at wing or corner back.

Elsewhere, fringe players were afforded some valuable time with the exploits of Coughlan and Quinlan already mentioned above. Aaron Costello showed his worth and will also be keen to fill the Casey void in defence. Barry Murphy got another hour under his belt on his recovery from an ACL injury while Pat Ryan returned to the side.

There’s no doubt the frontline players will remain largely consistent from 2022 but each year Kiely introduces a couple, as he did with Conor Boylan and Cathal O’Neill last year with a number already putting up their hand for the coming League and championship season.

The fact that both sides were eliminated from the reckoning prior to throw-in did little to help the tie as a contest as Limerick cruised to victory. Kerry did show some spurts of improvement but the Shannonsiders were completely unperturbed in the final hour of action as they limited the Kingdom to four scores. Perhaps Kerry would have better suited as Limerick’s first opponents of 2023 with the Cork game arguably far more beneficial.

Nonetheless, it will be the Rebels again up next for Limerick as they await in Pairc Ui Chaoimh on February 4 where they will host the All-Ireland champions in the first round of the League. Cork annexed the Munster League title on Sunday, their first piece of silverware since the Munster title in 2018 and will be buoyed ahead of the visit of Limerick.

Under Pat Ryan, Cork look more assured in their play with a number of the star-studded underage All-Ireland winners making the step up. Last year, the Rebels dominated Limerick in the TUS Gaelic Grounds but that proved a false dawn but a similar result is certainly not what Kiely would appreciate to really kick off 2023.

It may only be in February but it could tell an awful lot going forward. 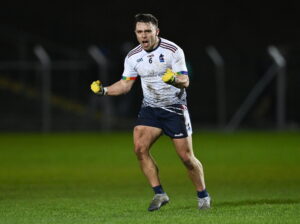 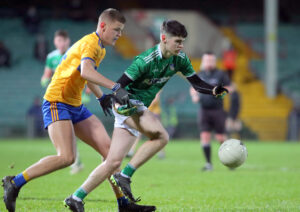