Treaty United manager Dave Rooney admits that it has been an extremely turbulent off-season for soccer in the city. In February, a new group called Limerick United was set-up to represent Limerick in the Airtricity League following Limerick FC’s demise.

However, Pat O’Sullivan’s legal victory over the FAI caused complications. O’Sullivan had registered the Limerick United name and therefore following legal threats, the group changed the name to Treaty United.

Following more legal wrangling, Treaty United had pulled out of the application process at late notice, citing the impending legal threats as the main reason. Due to the perseverance of Rooney and Irene Hehir who were in constant consultation with the FAI, there will be senior soccer in the city as Treaty United will compete in the 2020 Women’s National League. Rooney admits its been a tough period.

“It’s been a complete nightmare and probably the worst pre-season you could imagine. We had been meeting with the FAI all through the back end of last year and anticipated what was going to happen with Limerick FC. We put ourselves in a good position to carry on a separate entity and we were a separate entity last season.  We started training back in January and had new players coming from different clubs. In the early part of February, we were all served with legal notices to cease and desist as we weren’t allowed to use the Limerick name or colours.”

It was the start of a deeply frustrating February where it looked as though the women’s game would follow the same pattern as the fallen senior men’s side and Rooney admits that players were informed of the situation but views it as a success that Treaty United have been accepted to the league.

“Players became a bit scared by the situation and the rumour mill started churning. The FAI’s hands were tied as well and there was a time where we were gone. We were starting to let players know that we didn’t have a team. In the end, the FAI met and did what was best for women’s senior soccer in the region and were adamant that they wanted to keep a team in the mid-west.

It was last minute decision to get us back in. We fell back in with Treaty United and success now is that we will be out on the pitch but we are definitely two or three weeks from where we need to be. The blessing in disguise is that we are not out on the first week of the season. We are still looking for experienced players to help us for the season and are up against it.”

The Limerick United group held a press conference in January outlining their plans for the future and despite criticism in relation to the timing of the press conference, Rooney feels that they needed to make a statement to re-assure the soccer public.

“Hindsight is a great thing and looking back on it now you might say it was a mistake but at the time we were given assurances from the FAI that there was no issue. We were doing what we thought was best for football in the region. I think it was important that we came out with some sort of statement to say that there would be football because there was players looking for a club so we tried to keep them in the region. As soon as we came out with the statement, the other side (Limerick FC) decided that they weren’t going to have that. It was an unfortunate situation as we were then at the mercy of lawyers.”

The same board who set up Treaty United remain with the organisation despite the lack of underage teams and will continue to support Rooney and Co for the new campaign.

“The same board are there from the original Limerick United application. Obviously, Tommy Barrett is still involved in the background and is supportive of us but there is not much he can do at the moment as the underage soccer is dead in the water. I hope the plan will be to strengthen next year and he will be a massive part of that.”

Treaty United will play their home fixtures at the Markets Field this season and Rooney cites his great relationship with the LEDP along with the ability of former women’s committees to pay bills on time as the main reason for the agreement.

“I have a great relationship with George Lee and Gerry McDonnell. We played in the Markets Field last year and paid all our bills. We paid up front for every match and there was no bill left outstanding and we have already been in touch with George in relation to this season and he is 100% behind us.

Sporting Limerick and the Markets Field have been supportive of women’s football in general, so we are looking at livestreaming games to boost the profile. People keep telling me that there is no senior soccer in Limerick, and I am very quick to remind them that there is.”

Treaty United begin their campaign with a tough fixture at home to Wexford Youths and Rooney expects the opposition to challenge for league honours.

“We have a really tough start. Peamount are a really good side and signed really well. Wexford and Shelbourne will push them hard. The top three will challenge each other. On any given day, any of the other six teams can beat each other. We are at home to Wexford and away to Shelbourne in our first two games so it is a tough start. As I said, if you would have said to me four weeks ago that you would be playing Wexford, I would have said it was brilliant because we didn’t look like we were going to have a game four weeks ago.” 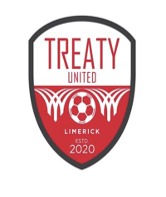 Treaty United announce new board ahead of 2020 season launch

A tribute to Jack Charlton

Treaty United announce new board ahead of 2020 season launch

A tribute to Jack Charlton

When news reached Ireland on Saturday morning of the passing of former Republic of Ireland manager Jack Charlton, ...
Read More →

Last Saturday, the country lost a sporting hero as Jack Chrlton sadly passed away at the age of ...
Read More →

The FAI have announced that the Airtricity League underage seasons will begin in August following a long lay-off ...
Read More →

As the Limerick District League resumption is only four and a half weeks away, Premier Division clubs are ...
Read More →

The Premier League returned on 17 June but the goals were a couple of weeks late. There were ...
Read More →

Prospect Priory FC manager Wayne Colbert has added three players to his squad ahead of the 2020/2021 Limerick ...
Read More →

Fomer Limerick FC star Chiedozie Ogbene could represent Ireland in the future after expressing his desire to represent ...
Read More →
We use cookies to ensure that we give you the best experience on our website. If you continue to use this site we will assume that you are happy with it.Ok