The FAI has announced that the men’s and women’s senior international teams will now receive the same match fees while on international duty.

It was confirmed this afternoon that the men’s senior team had agreed to a reduction in their international fees, with the association agreeing to match that with a rise in fees paid to the women’s team.

In a statement released, is was stated that the “historic three-way agreement” between the men’s and women’s squads and the FAI was brokered by FAI CEO Jonathan Hill and Ciaran Medlar, advisor to the male and female international players, alongside captains Katie McCabe and Seamus Coleman.

On the news, Ireland captain Katie McCabe said it was “a huge step forward”, with the Arsenal player thanking both the previous generation of Irish women’s players and the current Irish men’s team for their support of the move.

“This is a great day for Irish football. We have taken a huge step forward with this deal and have shown the world what can be achieved through unity as we offer male and female international players the same opportunities.

“I am very proud as Ireland captain of the work that has been put in to get us to this point, not just by the current team but by so many Irish players in the past. They are the real heroes in this story, they took a stand and they passed on the baton to the current generation.

“Seamus Coleman and his team-mates in the senior men’s squad also deserve credit for being brave enough to support us in such a progressive way on this issue. It is really appreciated.”

“We are delighted as players to do what we can to ensure that our female international players are treated equally and fairly and we remain fully committed to doing whatever we can to achieve that goal together,” he said.

FAI chief executive Jonathan Hill added that the decision was an “important milestone”.

“When the proposal was first discussed, the Board was also united in its commitment to support the approach which we firmly believe is the right way forward for a modern, progressive and inclusive sports organisation.

“Katie and her team-mates are role models to all the young girls playing football in Ireland whilst the actions of Seamus and his fellow players in our senior men’s squad to make this equal pay proposition possible should not be underestimated.” 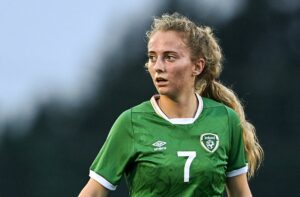 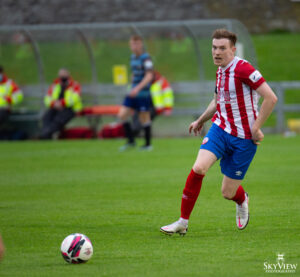