FIXTURES | Senior, Intermediate and Junior A Camogie Championships head into the final round of the group stages

The final round of group games in the Limerick Camogie Championships take place this Sunday.

Both of last year’s finalists Newcastle West and champions Killeedy are already assured of a semi-final spot with two wins from two. With Killeedy in a group of three, they have a by week while Newcastle West take on Bruff.

Elsewhere in group one, Ahane face Crecora knowing that a victory will see them through to face Killeedy in the last four. Crecora and Bruff are both on one point but are not out yet. Bruff know that a win and a loss for Crecora will see them through. But if Crecora and Bruff both win then it will come down to scoring difference with Bruff currently seven ahead in that regard.

The other group is far more straightforward as the winner of Granagh Ballingarry and Na Piarsaigh advances to face Newcastle West.

In the second tier, in group one, Murroe Boher are assured of their place in the knockout stages after two wins from two. They face bottom of the table Newcastle West who cannot advance. Ballyagran take on Killeedy where the winner will advance in second place behind Murroe Boher.

In the other group, last year’s runners up Cappamore know a result will secure their place in the semi finals. However, should they lose to Templeglantine and Monaleen beat Croagh Kilfinny, then three teams will finish level on points with the two last four berths coming down to scoring difference.

The final round of games are also down for decision in the Junior A Championship. Adare, Mungret St Pauls and Galbally are guaranteed of progression with Ballybrown and Patrickswell meeting to see who goes through.

There are three rounds remaining in the Junior B Championship.

The Junior 12 a-side County Final which will be contested by Crecora & Killeedy this Saturday.

Check out al the fixtures below. 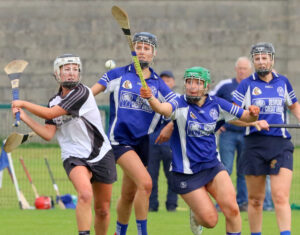