The former offaly hurler and Sunday Game pundit made headlines this week for his strong stance on the GAA’s Sky deal meaning that several games were not on free to air TV. Duignan was particularly annoyed at the fact a match as big as Waterford Kilkenny was not shown on RTÉ and had this to say

“I think the Sky deal is so wrong on so many levels and it’s not because I’m in RTÉ, working for The Sunday Game.

My parents are at home, my father’s 83 years of age, a savage hurling man. Why should he have to go the pub, he doesn’t go the pub, to watch a match”

This didn’t sit too well with McKenna. Speaking on the Pat Kenny show on Newstalk on Thursday McKenna indicated if Duignan wanted to watch it, he could have paid ten euro to see it.

“Michael is an employee of RTE, he’s paid to be an analyst. Is it particularly fair that that comment is allowed to carry without counterpoint to it?

“You can get a Sky Now product, you could have seen that game for €10 if that was your real intent. The irony is that Michael tweeted the day before about sitting down to watch the Lions match, so he has Sky, so it seems to be a curious position to have taken.”

McKenna went on to talk about Duignan’s claim that the GAA has “enough money” saying the deal helps with funding for the organisation. He also explained how the match was chosen at the start of the year so they would have had no way of knowing that it was going to be such a popular event.

“We get about €2.5m from government every year to run our games, but with sponsorship and everything else, we need that have games development officers, to put investment into Tullamore in Offaly, the new Páirc Uí Chaoimh, Croke Park and so on.

“In total, we would reinvest 92% of all the income we get in. It’s not as though there’s massive shareholders sitting in Croke Park and running away off with it. It’s about creating a small economy which is the GAA in order to look after ourselves.

“Matches must have a value for a pay-to-see service to buy them, and obviously the Waterford game had huge value. That was selected at the start of the year. Nobody knew what that game would be. It just happened to be one of the greats.”

The commercial and stadium director went on to suggest that the GAA have intentions of renewing their contract with Sky, which will mean that GAA fans will continue to miss out on games. Something that will no doubt displease Duignan and many GAA supporters. 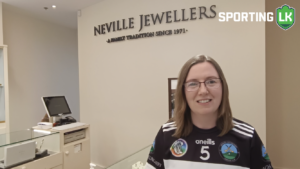 “If you can get the basics right, that’ll bring confidence” | Granagh-Ballingarry’s Mags Lynch on side’s Championship preparations

The side were defeated in the semi-final of the competition last year by eventual champion Newcastle West. Granagh-Ballingarry ...
Read More → 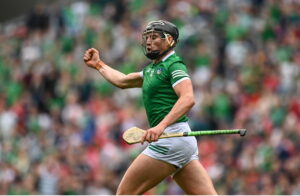 Hegarty was named as the Hurler of the Month as he collected his fourth All-Ireland medal in July. ...
Read More →