This Sunday Gerald Griffins and Galtee Gaels meet in the Intermediate Football Final in Kilmallock.

This is a novel pairing between the winners of the 2016 and 2017 Junior A championship.

Speaking ahead of the clash, Gerald Griffins manager John Lynch spoke about how much it would mean to the rural football club to earn promotion to the senior ranks this weekend.

“It’s difficult to describe but everyone knows what it would mean to a small place, it’s different for a bigger town. Bit for us we have a GAA club and the whole parish revolves around that.”

These sides met in round five of the group stages with Gerald Griffins coming out on top by five points, 0-12 to 0-7.

However, Lynch doesn’t feel like that game will have much bearing on this weekend’s result with both sides already qualified for the knockout stages when they met in August.

“I don’t think it will make any difference. It was over two months ago, different conditions we were both pretty much assured of qualifying. We know how good they are.”

While Gerald Griffins were relatively comfortable in their semi-final against Claughaun, Galtee Gaels needed extra-time to overcome Mungret in their last four tie.

That game demonstrated the resilience the Galtee Gaels have with Gerald Griffins captain Tommie Griffin aware of the task at hand.

“They showed the grit they have in that semi-final. They are never beaten. They will throw everything at us so we will have to be unreal to get over the line.”

With an extra years experience in the Intermediate ranks, Gerald Griffins will come into the game as favourites.

Galtee Gaels manager John McGrath echoes that sentiment, saying Griffins are the best side they’ve played so far this year.

“We’re under no illusions, we are up against the best team in Intermediate this year in Gerald Griffins.”

Highlighting that earlier meeting, McGrath is confident that his side will have learned enough to avenge that result and come away with the title this Sunday.

“If we are to beat Gerald Griffins, we will have to be at our very best and that’s just the bottom line.”

Galtee Gaels captain Alan Condon is looking forward to another county final after his side beat Croom in the Junior A decider in 2017.

He says the atmosphere around the village is infectious with an air excitement heading into the weekend.

“It’s massive, such a quick turnaround from coming up from junior so there’s a massive buzz around the parish.”

Although he will lead a relatively young side into the game in Kilmallock, he says his side is experienced enough to handle the occasion and put in a positive performance.

“I think, as young as the lads are, they have experience playing underage county and being around us the whole time. There will be nerves but we will enjoy the occasion as much as we can.”

Galtee Gaels and Gerald Griffins throws in at 3.45pm in Kilmallock this Sunday. 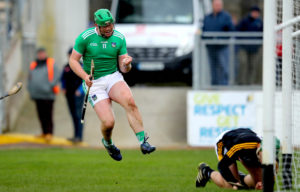 Yesterday, Limerick hurling legend Shane Dowling announced his retirement from the intercounty game due to persistent injuries. During ...
Read More →
We use cookies to ensure that we give you the best experience on our website. If you continue to use this site we will assume that you are happy with it.Ok