Following what was a packed schedule of racing at home and abroad, there was room to squeeze in one last regatta into the Summer season, with the St. Michael’s Masters’ Regatta taking place on the Shannon in front of large crowds, many unused to seeing a regatta take place on the tidal stretch of the Shannon in front of the St. Michael’s Clubhouse on O’Callaghan Strand. 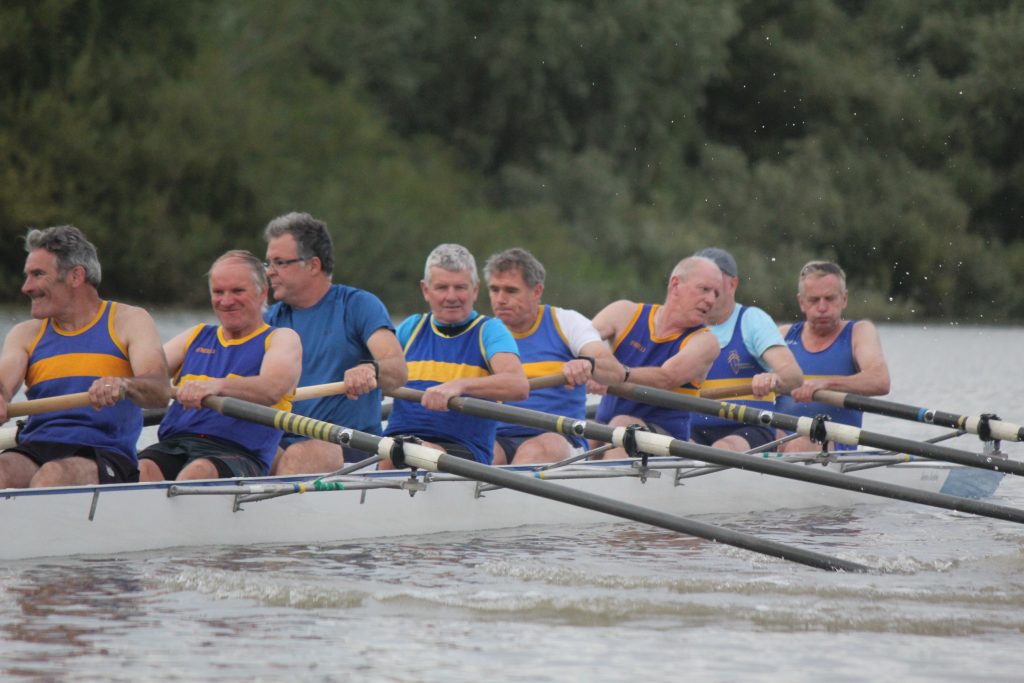 Getting underway at 4 O’clock in the sunshine and on dead-flat water was the first of the Men’s Masters’ Single races, a win for Stuart McDonnell of St. Michael’s, getting many cheers from the home crowd. The second race was then won by Paul Gallen of Athlone Boat Club. The Women’s Single was also a win for SMRC, Sheila Clavin ensuring a Men’s and  a Women’s Singles title would be staying with St. Michael’s. The Men’s Pair event was also won by a St. Michael’s crew cobbled together last minute, but their familiarity with this stretch of the Shannon and a refusal to suffer a defeat on their home water ensured they brought home gold. The Men’s double was won by an Athlone and Lee Valley composite crew, two rowing clubs quite far removed from each other, allowing for little training time together, but also however, testament to the decades-old rivalries-turned-friendships that exist within masters’ rowing. The women’s double was a win for Lee Rowing Club, just beating the local St. Michael’s crew on the line in what was one of many very tight races.

Next up were the two Men’s Masters’ Coxed Four races, which were won by Galway Rowing Club and a patchwork crew from Neptune, Galway, Clonmel and Commercial. The Women’s Coxed Quad was won by a local crew from the University of Limerick, with a win over Tralee Rowing Club. The Men’s event was another win for Galway while in the Men’s Coxless Quad, Shandon crossed the line to take 1st place managing to fend off a late challenge from the St. Michael’s crew.

Finally some of the most exciting racing to be seen were the eights races. The First of them was won by Lee Rowing Club, beating the University of Limerick by open water, showing great depth to their Masters’ Women’s Squad. The Men’s Open Eight race, a traditional format race, which doesn’t account for the usual age-based time handicaps was a hard-fought win for Muckross RC from Killarney, beating a composite crew of Neptune, Commercial, Clonmel, Cork and Galway. However, the most exciting race of the day was by far the Men’s Master’s eight which saw the local St. Michael’s crew put right to the pins of their collars by the composite eight, eager to put their earlier defeat to Muckross behind them, but the local crew managed to hold on to the win in a race that was too tight to call for many on the bank, the verdict announced to be half a canvas, a distance of roughly three feet, causing for more celebration among the local crowds on the bank. 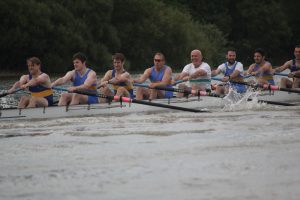 Still riding the wave of Olympic success two years ago, Master’s rowing is still growing, with more and more Master’s events taking place at mainstream regattas around the country as well as the National Championships. Hopefully, this trend will continue in years to come and we will be able to welcome many of the same crews back in 2019!