It’s a first appearance of the year for Hayes who picked up injury during UL’s Fitzgibbon Cup campaign.

Paddy O’Loughlin comes into the side after captaining UCC to the colleges title last week. 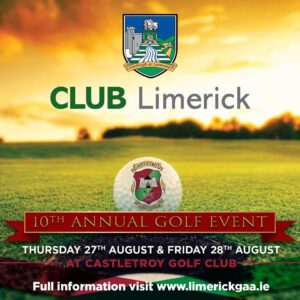 GAA issue guidelines for supporters ahead of return of club fixtures

GAA issue guidelines for supporters ahead of return of club fixtures

The GAA have issued guidelines to supporters attending GAA matches ahead of the return of club fixtures this ...
Read More →

The GAA has issued guidance to clubs on how to deal with suspected or confirmed cases of Covid-19. ...
Read More →

Tonights Limerick GAA action from the archive is last years Junior B Football Championship between Knockane and Banogue. ...
Read More →

Tonights Limerick GAA action from the archives is the 2007 Munster intermediate final between Limerick and Waterford in ...
Read More →

For our Saturday night GAA action from the Archive, we go back to the 2018 Minor Premier Hurling ...
Read More →

For our Saturday night action, we go back to 2018 to the Limerick SHC semi-final between Na Piarsaigh ...
Read More →
We use cookies to ensure that we give you the best experience on our website. If you continue to use this site we will assume that you are happy with it.Ok