The 2018 All Ireland champions will be in attendance on Friday September 21st at the Club Limerick’s Community that will be held at the Limerick Greyhound Stadium. The panel will be accompanied by the Liam MacCarthy cup as it continues its first tour around the county in nearly half a century.

All funds raised from the event will go towards the support of Limerick’s hurling and football teams for the 2018/19 campaign. An action-packed 12 race card is promised as doors open from 6:30pm, including six finals on the night.

“There are a very limited amount of tickets still available so I would encourage people to book now if they intend on going. It should be a good night on what will be a busy weekend here in Limerick. It’s a great opportunity for hurling supporters to get behind both sets of teams – all in Limerick GAA and the team here at the track. We welcome all from Club Limerick, particularly the Limerick senior hurling panel and staff and of course, we can’t wait for Liam MacCarthy to visit Greenpark.”

“Due to huge demand, this is a ticket-only event with no cash accepted on the turnstiles on the night,” 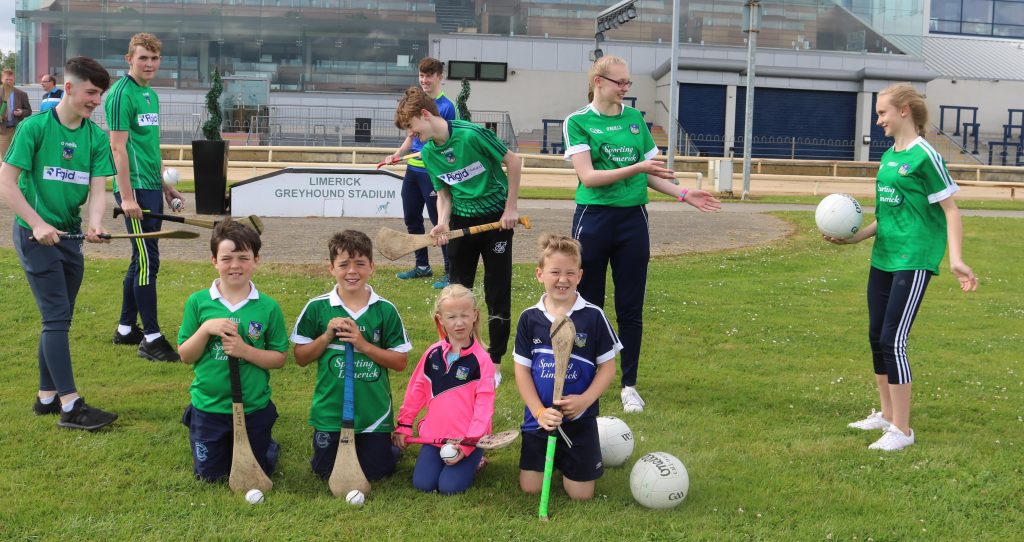 Members of Limerick underage squads preparing for Community Night at the stadium on 21st September.

Tickets for the event start at €10 which will gain access to the stadium, a race card, an entry to a buster race to be in with a chance of winning €250, as well as an entry to door prize of €1000. Under 16’s go free (subject to individual ticket), with entertainment also being provided.

Tickets and full information are available from local GAA Clubs, the Club Limerick Office at Aras Mumhan, Castletroy or online at limerickgaa.ie/fundraising-events/