John The Baptist Community School from Hospital will take on Rice College Ennis in the Munster Post Primary Schools Senior B Hurling Final in the Gaelic Grounds (12noon).The game will preceed the Harty Cup final (2.00) between St Colmans of Fermoy and Our Ladys of Templemore. 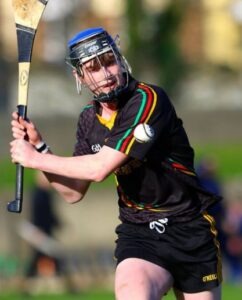 Hospital are hoping that lifting the Corn Thomais MhicChoilm will be the ideal launchpad for a tilt at Harty Cup hurling next year.
It has been a stellar year in terms of GAA for the Hospital school with – Munster Senior A and Junior A Ladies football titles already in the trophy cabinet.

Wins over Glanmire, Mitchelstown and CBS Dungarvan in the semi final have moved Hospital into Saturday’s decider, which was won last year by Abbey CBS of Tipperary Town.

We chatted with players and management about their hopes for tomorrow’s final.

Best of luck to John the Baptist Community School, Hospital in today's final. We caught up with players and management to find out about the build up for the big game with Rice College Ennis. Throw in at the Gaelic Grounds in at 12 noon today. The game is being streamed live on www.munstergaapps.ie