In their first fixture of the weekend, Limerick Celtics made the trip to Kilkenny to face Paris Texas Kilkenny in the Basketball Ireland National Division 1 league on Saturday.

It was a tight opening quarter in Kilkenny with both side’s notching up decent scores with the ever reliant Matt St. Amour for the Celtics and James Butler for the home side looking dangerous but nothing could separate them come the break with the scores tied 26 a piece.

The second quarter was similar to the first, in that it was a tightly fought contest, but the Kilkenny side were that bit more clinical come the break and lead the visitors 55-43 with another two quarters to come.

St. Amour had a superb third quarter to keep his side in touching distance with their opponents, scoring an impressive 18 points to tighten the gap to just 78-71.

However, Butler and his Kilkenny side dominated proceedings in the final quarter limiting St. Amour to 4 points and the Celtics to just 11, and that brilliant defence coupled with 21 points from Taylor Young and his team mates meant the Limerick side would be going home with nothing.

What a super National league game in St Munchins yesterday with LIT Celtics and Fr Mathews putting on a super game of basketball. LIT outscored Fr Mathews in the fourth quarter to take a 1 point lead with 1:23 on the clock but two quick scors from Mathews swung the lead back to the Cork side and they held on for a 102 – 97 win. Matt St Armour top scored on 37 points, Emmet Browne 27 points and Tommy Walsh 10 points.

The following day LIT Celtics had to pick themselves up and face Fr Matthews at St. Munchins College. In what was another tightly contested Mens Division 1 league encounter the visitors came out on top by five points.

Matt St. Amour was in superb form for a second day in a row top scoring for his side with 37 points but it wasn’t enough to get the win against the cork side.

The Celtics had a one point lead in the fourth quarter with less than 90 seconds on the clock, but two well taken quick fire scores for Matthew saw them claim their 8th victory of the campaign. LIT Celtics now sit in 11th place in the table with just three wins from 12 games so far this year. 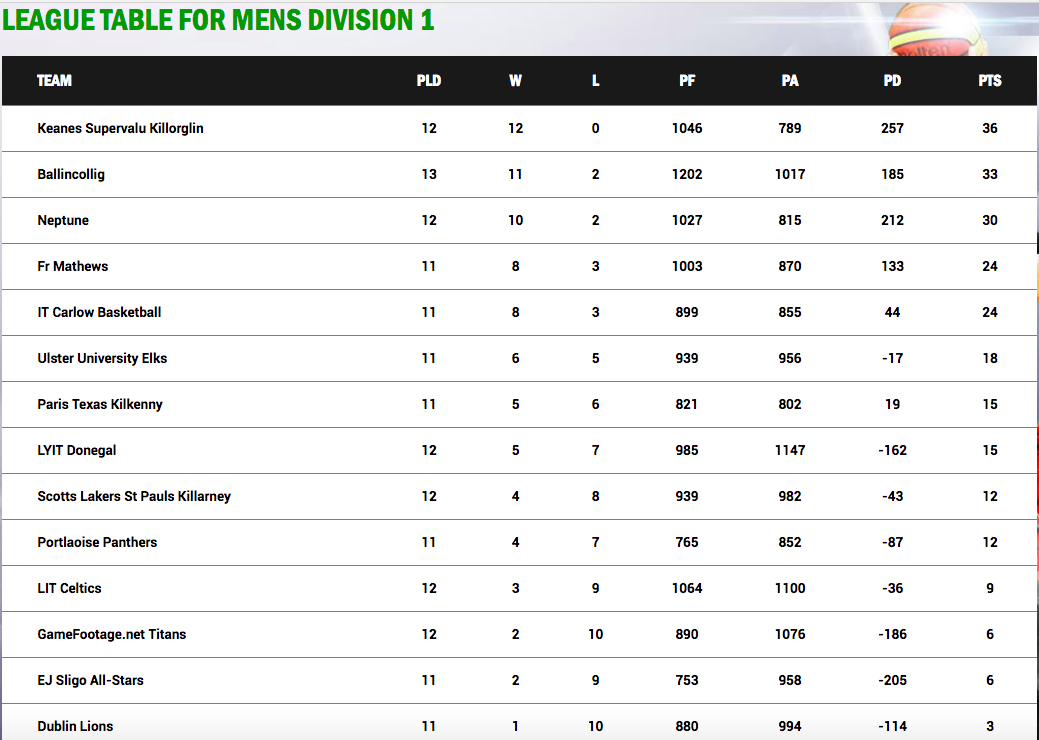