Limerick FC travel to Finn Park, Ballybofey on Friday night to take on Finn Harps in the Airtricity League Premier Division (kick-off 8pm). No Limerick supporter needs to be reminded of the club’s recent history in Ballybofey.

In November 2015, goals from Michael Funston and an extra-time header from BJ Banda relegated the Super Blues to the first division following a two-legged Promotion/Relegation Play-off against Harps.

The sides have met on one occasion already this season at the Markets Field. Finn Harps took the lead through Sean Houston but a goal from Brazilian striker Rodrigo Tosi rescued a point for the Shannonsiders in a game which the visitors deserved to win.

Limerick picked up a valuable three points on Tuesday night as a late Dan Byrne own goal handed the Shannonsiders a 1-2 victory over Bohemians at Dalymount Park. Top scorer Rodrigo Tosi also got on the score sheet before a George Poynton equaliser for Bohs.

With almost a full week in charge, it was clear to see a change in approach from Neil McDonald’s team. The formation changed from a 4-3-3 to a more rigid 4-4-2 shape. Both Lee-J Lynch, who is primarily a number ten or attacking midfielder, and Chiedozie Ogbene played as part of a narrow midfield with Shane Duggan and Bastien Hery playing in deeper central midfield roles.

Furthermore, Rodrigo Tosi was selected to partner Chris Mulhall up front which gave an indication as to how Limerick would approach the game. Both players benefit from direct service and like a physical contest. Unlike the previous regime, Limerick centre-backs Robbie Williams and the impressive Barry Cotter were instructed to find Mulhall and Tosi quickly when the opportunity arose. Bohemians appeared unable to deal with this tactic on several occasions.

McDonald was relieved with the result and his first win as Limerick manager.

“It was vitally important that the boys put in a really good performance, we’ve come into the game under a little bit of pressure and changed the system again after working on it in training.”

The former Blackpool boss felt that the change in shape had a positive effect on the team.

“Having two up top has helped us create chances. Over the whole game, I think we’ve great 12 chances and scored two goals, which is a hell of a difference from almost having none against Dundalk. It was a great response from the players. We were getting forward more and trying to express ourselves, which was excellent.”

McDonald was taking nothing for granted ahead of the trip to Donegal and urged his players to keep striving for improvement.

“We’ve had our first fixture away from home and we got three points to bring us a bit closer to the top. Let’s just try to progress and improve in all aspects of the game.”

During the encounter between these two sides at the Markets Field, Limerick’s approach was criticised, despite Martin Russell abandoning his 4-3-3 formation in favour of a 4-4-2 shape with Tosi and Mulhall up front. The Limerick supporters will be hoping that both front men can cause more trouble for centre-backs Packie Mailey and Ciaran Coll on this occasion. The main difference will be the style of play. As previously mentioned, Limerick were more direct in their approach on Tuesday night which worked against a poor Bohemians defence who lost the physical contest and lacked the anticipation to gather the ball in the second phase.

Finn Harps have a reputation for their physicality in defence which Limerick have failed to overcome in the past. It will be a real test for the Super Blues as the quality of the Finn Park surface leaves a lot to be desired. Therefore, a direct approach seems to be the way forward.

Ollie Horgan’s Finn Harps side produced one of their best performances of the season to defeat St. Patricks Athletic 3-1 at Ballybofey on Monday night. Danny Morrissey bagged a brace along with a goal from Packie Mailey, before a late response from Christy Fagan denied them a clean sheet. The result means that Harps are now deadlocked on 14 points with three other clubs at the bottom of the Airtricity League Premier Division, due to their inferior goal difference.

The Donegal side are only six points behind Friday’s opponents and the top half of the table. A win would drag half a dozen teams back into the battle to avoid the drop and afford no breathing space.

Horgan and assistant Paul Hegarty had the chance to watch Limerick on Tuesday night against Bohemians at Dalymount Park. Speaking to the club’s official website, Horgan was impressed by the Shannonsiders performance under new manager Neil McDonald.

“Myself and Paul Hegarty watched Limerick in Dalymount on Tuesday night and they are a very good side. They got a crucial win against Bohs and the new manager Neil McDonald will be looking to Finn Park tomorrow night as a venue where he can get another three points. Limerick will still be looking to play in Europe next season.”

Horgan has often played down his side’s chances before games and this is clearly no different.

The Harps boss mentioned a few Limerick players which his team must stop to get a result.

“They are physically fit and strong. There is a lot of talent in their squad with the likes of Lee Lynch, Robbie Williams, Shaun Kelly, Ogbene and Tosi who are all fine players.”

Killian Cantwell and Ciaran O’Connor return from suspension for the Ballybofey outfit but experienced duo Paddy McCourt and Barry Molloy are rated as doubtful along with Caolan McAleer. Eddie Dsane and BJ Banda miss out through injury.

Horgan was delighted to see ex-Cork City player Danny Morrissey find the net and insists that Harps must pick up points before the mid-season break, adding pressure ahead of Friday’s clash.

“It was good to see Danny Morrissey getting those two goals against Pat’s and hopefully he can push on and have a good season for us. The bottom line is that points are badly needed before the mid-season break starting with Limerick tomorrow night and then Sligo Rovers on Saturday week.”

Match Stats:
On Limerick’s last visit to Finn Park, the club were relegated following a 2-0 defeat after extra-time in the Airtricity League Promotion/Relegation Play-off second leg.

The victory in the play-off is Finn Harps only victory against Limerick in ten attempts since March 2011.

In their last five visits to Finn Park, Limerick have won two, drawn two and lost one. 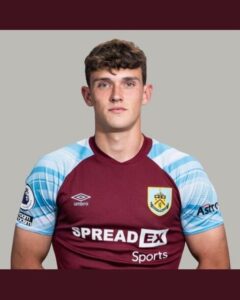