Limerick FC have announced that a consortium has agreed to financially support the club for the 2019 season with a view to taking over the running of the club on a full time basis at the end of the year. No details of the identity of the consortium have been given but a post on the cub’s official Facebook page stated,

“Limerick FC are pleased to announce that a local consortium have committed to financially supporting the club throughout the 2019 season .This support is to ensure financial stability going forward and to prepare the club for a mutually agreeable take over at the end of 2019.”

The development is certainly positive as the club have been having well documented financial trouble since the beginning of last season and were forced to revert to part time football and lost the majority of the squad including fan favourite and captain Shane Duggan who joined Waterford FC.

With the season just under two weeks away, it allows the management team to concentrate on the on-field matters with the future of the club secure. The club were awarded a premier division licence on Friday amidst uncertainty. The Super Blues will once again be playing their home games at the ‘spiritual home of Limerick soccer” at the Markets Field which adds to the mini surge in confidence on Shannonside.

Also, the news appears to be the first significant sign that current owner Pat O’Sullivan may be leaving the club in the foreseeable future. O’Sullivan has bankrolled the club since 2008 and recently stated that he has invested over €6 million into the club. O’Sullivan has overseen both highs and lows at the club with two promotions and two relegations in his ten year spell to date. 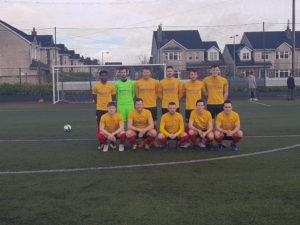 Football is heading for trouble now and in the future

Aisling Annacotty manager Mike Aherne was full of praise for his side following their comprehensive 5-0 victory over ...
Read More →

Aisling Annacotty enjoyed a comfortable home victory in the Munster Junior Cup as they defeated Drinagh Rangers of ...
Read More →

Following the mass postponement of Irish junior football matches due to Storm Dennis last week, four of the ...
Read More →

Treaty United are preparing for the new season in the Continental Tyres Women's National League following their acceptance ...
Read More →

Football is heading for trouble now and in the future

I WAS struck by the sad news of the passing of Jimmy Conway an Irish footballer who was ...
Read More →

There are six Limerick sides in Munster Junior Cup 5th round action this weekend with five representing the ...
Read More →
We use cookies to ensure that we give you the best experience on our website. If you continue to use this site we will assume that you are happy with it.Ok