The Gaelic Grounds will play host to Limerick’s final league game against Galway at 3pm this Sunday. With Wexford having secured promotion a fortnight ago, this game will decide who faces who in the quarter finals of the League. Both sides will be bitterly disappointed not to have emerged from Division 1B but will hold nothing back this weekend as teams step up their preparation for the Championship.

Limerick will finish second in the table with a win and face the third place team in Division 1A in the League quarter finals to be played next weekend. If they fail to do so they will end up in 3rd place and play the 2nd side in 1A. With Tipperary well out in front in 1A, the possible opponents for Limerick in the QFs are Clare, Kilkenny, Waterford, Dublin and Cork. Limerick face Clare in the quarter final of the Munster Championship in June.

The last time Limerick faced Galway in the League was in 2014 in the quarter final stage. Played in the Gaelic Grounds, Galway ran out convincing 1-20 to 1-12 winners. the last time these opponents met in the League group stages was back in 2010.

Limerick have produced some good moments thus far in the League and blooded a lot of new players on the way. In some good news for John Kiely, Kilmallocks Gavin O’Mahony has returned to training after missing the opening four games with a broken bone in his hand. Mahony is one of 4 players in the 37 strong panel yet to see League action this Spring. 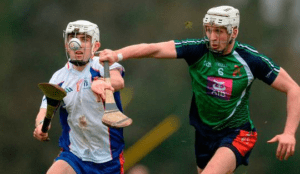 Two of those four are Barry Nash and Aaron Gillane who have both returned to the panel in the past fortnight. Nash had left the panel for personal reasons whilst Gillane has been recalled after having an incredible season for Mary I as they won their second consecutive Fitzgibbon Cup.

Limerick will look to add to their impressive goal tally this Sunday, having hit the back of the net 13 times thus far in their four games. The addition of Nash and Gillane will certainly add to this as both are expert goal getters. However, their opponents have also tallied 13 goals in the league whilst conceeding 5 less than Limerick.

This will be a concern to Kiely as his rearguard has been breached 8 times in four games against relatively weaker opponents apart from Wexford. This is in small part to the rotation policy that Kiely has applied in the League with a back 7 not settled on yet for the Treaty men.