After an eventful start to the Limerick Senior and Premier INtermediate Hurling Championships last weekend, Round 2 begins on Friday night with the clash of Doon and Adare in the SHC.

Over the weekend there is a full round of fixtures in both the Senior and Premier Intermediate championships as we look forward to each of the eight games below.

As they did in round 1, Adare kick off the action as they take on Doon in the Gaelic Grounds this Friday. It is Doon’s first outing of the campaign as they watched on last week as Patrickswell overcame a stubborn Adare side.

The West side lead for large periods of the game before two quickfire goals from their reigning champions helped seal a 3-23 to 0-26 win. As such, Adare know another loss will see them into a relegation final.

One would have to go back to 2015 to the last time Adare overcame Doon in the championship with the East side coming out in top 1-14 to 0-14 in last year’s tie. Doon will be hugely hampered by the loss of Richie English but will still fancy themselves to set up a final day top of the table clash with the ‘Well. However, if Adare produce a similar performance as they did last week they will take some stopping.

Saturday August 1 at 5.30pm in the Gaelic Grounds

After contesting each of the last three county finals, winning two, Na Piarsaigh could be knocked out in the group stages if they fall to Ahane on Saturday evening. A lacklustre performance against Kilmallock in their opener last weekend saw them slump to a 2-16 to 1-17 loss. They now face newly promoted Ahane with their season on the line needing a win to keep progression hopes alive.

Ahane are back in the top tier after being resigned to Senior ‘B’ for the past two summers. They were recently crowned East champions and will be hoping to capitalize on a shocked Na Piarsaigh side. They will be up against it however with a sizeable gulf in class between the top two tiers. Yet, they have the quality around the pitch to further trouble the 2018 champions.

Saturday August 1 at 7pm in Caherconlish.

South Liberties face Murroe Boher this weekend knowing that a seventh successive loss will see them in real danger of a second relegation in a row. As for Murroe, it is thier first outing of the year.

South Liberties got their opening game after relegation to Section B off to the perfect start ass they lead Monaleen 0-7 to 0-1. However they were outscored 1-14 to 0-5 in the final three quarters to succumb to defeat. Another loss will leave them rooted to the bottom once again.

Murroe will be keen to right the wrongs of 2019 that saw them draw four of their five games and fail to pick up a solitary win. Murroe know a win is crucial if they want promotion while a loss will see them into a do-or-die clash with Monaleen in the final round.

These sides met in the first round of the 2018 championship with South Liberties recording a narrow 1-13 to 1-12 win en route to earning promotion. It promises to be as close this time around.

Saturday August 1 at 7pm in Kilmallock.

Balckrock’s return to the senior status after a 23-year absence did not go to plan last weekend as Ballybrown proved too strong in a 4-18 to 2-14 win. As a result, Blackrock need a win this Saturday if they are to preserve their Senior status as another defeat will see them into a relegation decider.

Their opponents Garryspillane kick off their second year at the Senior grade having watched on from the wings last weekend. Last year, the Bouncers found the going tough, having to wait until the final day to pick up their only win of the year.

That experience should stand to them however, with plenty of their side having seen action a fortnight ago as they reached the Premier U21 semi-finals by virtue of a 0-30 to 2-22 win over Na Piarsaigh.

This Saturday it’s a clash of the 2019 and 2018 Premier Intermediate championships with so much on the line.

This weekend there is a full fixture list in the second round of the Limerick Premier Intermediate Hurling Championship.

Saurday August 1 at 3pm in Kilmallock

Bruff can put one foot in the semi-finals with a win over Dromin Athlacca this Saturday afternoon with another win. They had nine points to spare over Knockainey in the first round while Athlacca fell to Glenroe by a point.

Dromin Athlacca will need a win to keep promotion hopes alive after the disappointing opening day defeat. A win for them could see them leapfrog Bruff however.

Saturday August 1 at 7pm in Kilfinane

Glenroe made the best possible start to life in the PIHC after so many near misses with a 1-17 to 2-13 win over 2018 Intermediate Champions Dromin Athlacca.

As such they are in a similar position to Bruff with a win looking like it will seal a knockout berth. Their opponents Knockainey did not fare as well in their retunr to the grade after their relegation in 2019.

Despite two grades separating the sides last year, Glenroe have the chance to move closer to a second promotion while pushing Knockainey towards a second consecutive relegation.

Saturday August 1 at 7pm in Bruff

After their Round 1 win over KP , Mungret St Pauls look for a place in the last four when they face Bruree this Saturday.

Nothing could separate Bruee when they played Cappamore last time out with a win on Saturday pushing them to the top of the group.

However it is hard to look past Mungret who were so impressive in Round 1.

Saturday August 1 at 7pm in the Childers Rd.

Cappamore take on last years finalists Kildio Pallaskenry knowing a win will knokc out the City side. Cappamore drew 0-14 apiece with Bruree last Suunday while KP were the wrong side of a one-point loss to Mungret.

Yet, despite the opening day loss, Kildimo Pallskenry will be favoured to get their campaign back on track. 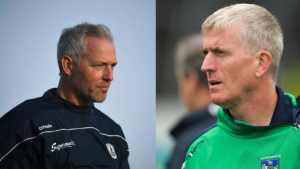 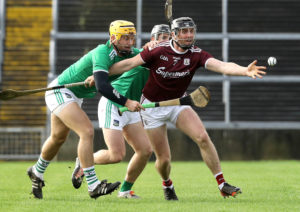 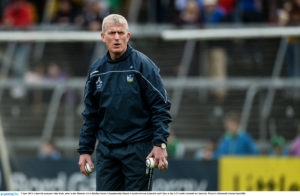 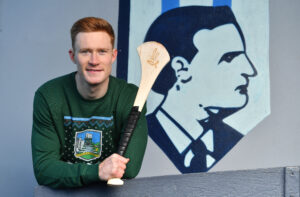 Bord Gáis Energy also announce details of their new television ad which will be released to coincide with ...
Read More →
We use cookies to ensure that we give you the best experience on our website. If you continue to use this site we will assume that you are happy with it.Ok