While the country anxiously awaits the return to sport, Newcastle West native Claire O’Riordan is ahead of the curve as her MSV Duisburg side returned to action a couple of weeks back with the recommencement of the Bundesliga in Germany.

O’Riordan represented Limerick Camogie at underage levels but moved into the soccer ranks with Wexford Youths, who she represented for a number of years before she made the move to Germany in the summer of 2018.

Speaking to Raffaele Rocca earlier in the week, O’Riordan was delighted to get back to competitive action after the hiatus, with her side in relegation danger.

“It’s great to be back playing matches competitively. So far in the space of the last eight days, we have played three games. We have four games left so we will be looking to play three game sin nine days. They are going to be big and a few are on the road as well so that will add to the difficulty of it.”

The Bundesliga was one of the first high profile sporting organisations to make the return to play with O’Riordan outlining how the pandemic has affected preparations.

“Over here masks are a big thing so we have to wear masks all the time, arriving at the stadium, going out on the pitch, to and from the dressing rooms so that’s obviously different. In terms of social distancing, at the training centre we have to be spread out between ¾ changing rooms.”

It is almost two years since O’Riordan made the less travelled venture to Germany to pursue a full-time career in the sport.

And she believes the talent in Ireland should allow for many to follow in her footsteps.

“I definitely think a lot of players in Ireland could make the jump from amateur to professional. I do believe that there are some fantastic players in Ireland that have the potential to improve as players and make that step. Players have been doing so in recent years and ultimately that will aid the national team.

“For the change, for me going from one league to another, there has always been a step up, a learning curve with the work ethic, having to grind to get up to that standard of the league. The Bundesliga was like nothing I had ever experienced before. I do think a lot of Irish players could make the move.”

O’Riordan also highlighted the difficulties within the country in developing players with so many different codes of sports to choose from.

Nonetheless, she acknowledge the importance of this as it allows kids to “get to know what they like.”

“The biggest thing in Germany is that they aren’t trying to fight against the GAA or rugby or Basketball as soccer is the dominant sport. So it’s quite easy for them to put training on three times a week with the kids playing games on Saturday and Sunday. Whereas in Ireland, kid are trying to race from one training session to another in all types of sport. That’s probably the biggest barrier but you can’t take it away from the kids because they enjoy it and it allows them to get to know what they like.” 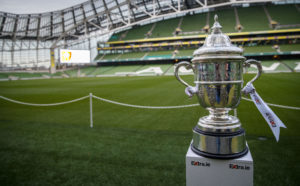 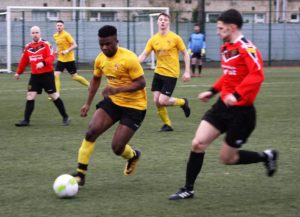 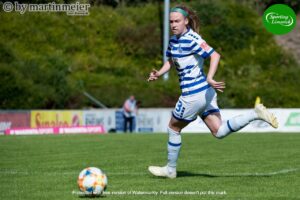