A look at Munster’s Lions

After months and months of speculation, 41 men were named yesterday to represent the British and Irish Lions this summer in their tour of New Zealand. Whilst there were some notable absentees, the squad assembled is one of the largest and indeed strongest ever.

For seven of these men, it will be their first time touring. Conor Murray, Johnny Sexton, Rory Best and Sean O’Brien all travelled to Australia in 2013.

Below we will profile the three Munster men selected.

Stander will embark on his first Lions tour after qualifying for Ireland prior to the Six Nations in 2016. Has been a key man for Munster in recent years, operating at No. 8 for the province and regularly leads carries charts with his immense work rate. Always seems to gain yards with each of his carries. For Ireland has operated mainly at blindside and has performed admirably, being nominated for Player of the Championship in each of his two seasons. Played as No. 8 for Ireland against England with Peter O’Mahony slotting in at 6 and was one of the main reasons why Ireland were able to defeat Eddie Jones’ men. Faces fierce competition in the back line but his versatility as well as experience of beating the All Black should see him start come the first test. 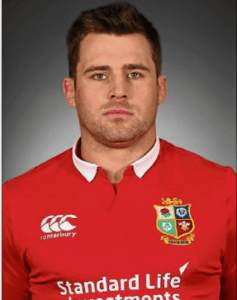 Despite only playing one game in the Six Nations due to injury, O’Mahony’s immense class was obvious. He gave an exhibition of play in that game against England and subsequently won man of the match. O’Mahony is a cult hero in Munster and has been for quite a while. A brilliant line out option, with a turn of pace and good rucking ability. O’Mahony’s leadership and passion set him out from others. Has shown excellent form for Munster since his return from injury, and Gatland had no choice but to include the Munster skipper. Is an excellent figure to have on the tour regardless of whether he starts the tests or not. As Will Greenwood once said, “If all the wild horsemen of the apocalypse came around the corner O’Mahony would charge straight back at them.” Should Billy Vunipola start at No.8, O’Mahony will fight it out with fellow Munster man CJ Stander for the blindside berth. 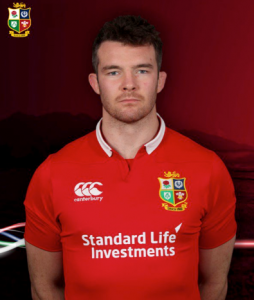 Since his Irish debut in 2011, Murray is yet to take a backward step in International Rugby. His game has reached new heights in the past 18 months and he is the in form scrum half in the world, bar none. Incredible passing and kicking ability, Murray’s physicality make him a massive danger anywhere near the try line. In 2013 Murray travelled as third choice scrum half, yet by the end he was arguably first choice. If there were a fourth test, Murray would have started. This time around there is no doubt that Murray is the number one scrum-half. However, has struggled to shake off a shoulder and neck injury suffered against Wales in March which is a huge concern for Gatland and also for Muntser who face Champions Cup and Pro 12 semi finals. His finest hour for Ireland came in Soldiers Field as he was instrumental in overturning the reigning back-to-back World Champions. His partnership with Johnny Sexton is crucial to the Lions cause. 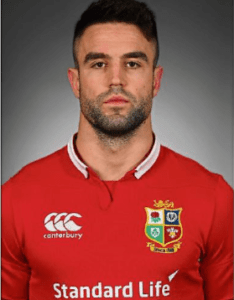