Tomorrow evening, Limerick travel to Thurles to take on Tipperary in their first All-Ireland senior camogie quarter-final since 2005.

With much excitement around the county, speaking at a press launch for the game, Limerick’s Marian Quaid is a relaxed figure ahead of tomorrow’s game which will be shown live on RTE with throw in at 5.30pm.

Marian is somewhat of an exception to the rule that any GAA player named Quaid from Limerick will ply their trade as a goalkeeper.

However, the tenacious defender is like her Effin counterparts in that it was her father, Mike, who would be instrumental in her development as a player.

Always a precocious underage talent, Quaid was only 16 when she was part of the history-making Limerick All-Ireland Minor-winning squad in 2014

The following year she was drafted into the Senior panel at just 17.

“It all started with my dad out in the front lawn pucking. He would have you, ‘Both sides now.’ Then I started Under 6s. I started when I was five with Bruff. I have been playing it ever since.”

“A lot of those players that were on that panel are now starting on the Senior team. It is a very young panel.”

“Even the year that we won (the Minor), they won the Intermediate as well. It was a great year for Limerick. But we just haven’t done much since. We are trying to build on that.”

Which is why reaching the knockout stages for the first time was such an important hurdle to clear which was secured after wins over Offaly and Wexford in their opening two games.

“Over the past few years confidence has been a bit of an issue for us. We could have a good League and get to the semi-final for five years in-a-row and not perform in the Semi-Final. We just need to back ourselves a bit more.

“This year we just took one match at a time. There was no going into Championship (thinking) you have to win two matches. From the start of May it was Offaly, Offaly, Offaly and once Offaly was over it was Wexford, Wexford. It is just one step at a time now. That is how we are taking it.”

Those wins gave Limerick the chance to test themselves against the very best with Limerick suffering defeats at the hands of Galway and Kilkenny.

“Kilkenny wasn’t great. It wasn’t our best performance but Kilkenny are unbelievable, you have to give credit where it is due. But we can’t dwell on that now. Now is a time where we have to learn from it and focus on Tipp.”

With the experience of those games under their belt, Limerick now travel to Semple Stadium to take on Thurles with Quaid fully focused on the job at hand.

“I know after Kilkenny we were obviously disappointed but we just left it in Kilkenny. Your back is against the wall now and that’s exciting, to be playing knockout Camogie. Tipp are all we’re thinking about now and we’ll give it everything we have.” 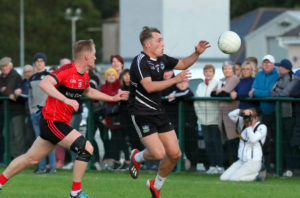 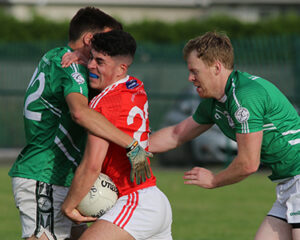 Ahane have become the second Limerick GAA club to suspend activities amid coronavirus fears. The club do not ...
Read More →

The draws have been made for the restructured Limerick Senior Football Championship with four groups of three which ...
Read More →

The finalists for the Limerick Premier U21 Hurling Championship will be decided this Wednesday night with a pair ...
Read More →

Limerick GAA have confirmed dates, times and venues for the upcoming knockout stages of the hurling championships. The ...
Read More →

Limerick GAA club Claughaun have suspended all operations after a positive Covid-19 test within the club. The club ...
Read More →

Yesterday the group stages of the Limerick SHC came to a conclusion with six teams still in with ...
Read More →
We use cookies to ensure that we give you the best experience on our website. If you continue to use this site we will assume that you are happy with it.Ok