Munster Vs Leinster Interpro Rescheduled for 23rd of January

The Guinness PRO14 have today confirmed that the Munster Vs Leinster fixture originally scheduled for Thomond Park on the 26th of December will now be played on the 23rd of January at 19:35 (Eir Sport).

The derby fixture had to be postponed on St Stephen’s Day because of an outbreak of Covid-19 in the Leinster Rugby camp.

Munster and Leinster both had fixtures scheduled for the next two weekends in the Heineken Champions Cup but the competition has since been suspended, opening the door for the rearranged interpro to take place in less than two week’s time. 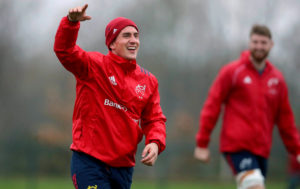