Castleconnell Boat Club had a hugely successful weekend at the 2018 Irish Rowing Championships, which was held at the National Rowing Centre last weekend. They won three National titles and came home with a whole host of wins in non-championship events. 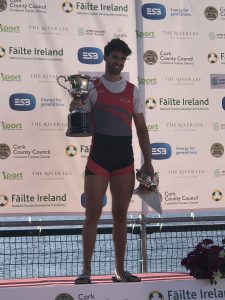 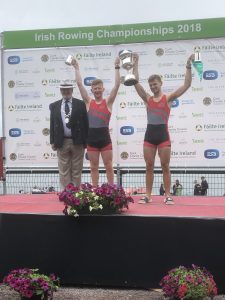 In the Woman’s Intermediate 1X, Clara O’Brien put in a very impressive performance to finish second in a field of top class scullers and Castleconnell also had runner up finishes in the hugely competitive Men’s Senior 4X- and Men’s Intermediate 2X events.

In non-championship events at the NRC, which comprises of Masters, and Junior 16, 15 & 14 events. Castleconnell brought home a whole host of medals. It was a weekend that demonstrated the depth of talent currently at Castleconnell, who were able to put out competitive crews in nearly every Junior & Senior Category.

With 12 rowers now called up to row for Ireland in International Regatta’s this Summer, Castleconnell have enjoyed unprecedented success on the water this season.