Speculation yesterday that Ronan O’Gara would join the Irish coaching team has been confirmed. His main duties will be skills and working with young number 10s.

“I’m luckily going on the first week of the summer tour to America. It’s really exciting and a great opportunity for me to learn from who I consider the best coach in world rugby in Joe Schmidt. I can’t wait,” O’Gara told the sportsJoe Live show.

It’s been four years since O’Gara retired but the former Munster and Ireland out half will join Joe Schmidt and his coaching staff for the first leg of Ireland’s summer tour schedule, in the United States, from June 3. 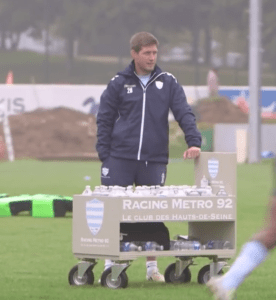 The Racing 92 defence coach went into detail on his upcoming part in Ireland’s summer tour on the latest episode of The Hard Yards rugby podcast.

“Andy Farrell is going with the Lions I think. They’re down a coach and Ireland are trying to have a look, under the tutelage of Joe Schmidt, to see how he operates and it will be a wonderful learning experience.

“I don’t think there’s any official role, except skills coach and to offer advice to younger players. It will be hugely interesting and I can not wait to get involved.”

The move from the IRFU to bring O’Gara into the national coaching set up is certainly going to please the rugby public. The question remains however, if O’Gara’s time in France comes to an end, will there be a more permanent role on offer for the Cork man?