Players to watch in U21 Munster Semi Final

Limerick are favourites to reach a second U21 Munster Hurling final in three years this evening as they host Clare in the semi final. In the 2015 decider Limerick overcame Clare by 0-22 to 0-19 to secure a first Munster Championship since 2011, ending Clare’s dominance at the level.

From that game, Limerick have a host of survivors with five of the starting team from that night remaining in Ronan Lycnh, Cian Lynch, Robbie Hanley, Colin Ryan and Tom Morrissey.

Ahead of the game, we look at six of the players that seem primed to have the biggest impact in the outcome of the game.

In his first year out of minor, little was expected of Kyle Hayes as he was named in John Kiely’s original Limerick squad in January. However, a string of impressive performances in the league from the Kildimo/Pallaskenry man illustrated his promise.

Hayes was one of Limerick’s standout players in the championship this year operating in the half forward line. Yet it was his display at centre back in the U21 Munster Quarter Final Victory that stood out from the rest. Hayes was imperious under the high ball and provided a launch pad for the exciting forward line that Pat Donnelly has at his disposal. 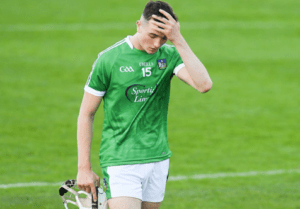 A dejected Kyle Hayes leaves the field after Limerick’s Qualifier loss to Kilkenny.

The UL student will be vital for Clare if they are to upset the odds. Deployed at wing back for Clare in their Munster Final defeat to Cork on Sunday, Fitzgerald will be expected to anchor the U21 side from centre back on Wednesday night.

Fitzgerald was full back on the Clare side when these teams met in the 2015 U21 Munster Final. May be expected to follow Cian Lynch around the field and attempt to curb his influence. Fitzgerald will have to be watched as he is a scoring threat from the half back line.

Another member of John Kiely’s senior squad, Ryan has yet been given the chance to prove himself at the highest level. Despite this, Ryan was one of Limerick’s most impressive players in the quarter final victory. Positioned at midfield, Ryan does a world of work defensively but is deadly accurate in front of the posts, notching two points against Tipp from the middle of the park last time out.

Alongside Robbie Hanley, Limerick look incredibly strong in midfield. Played as a corner forward in the All-Ireland win in 2015, operated in the half back line last year but has firmly established himself in midfield this year. 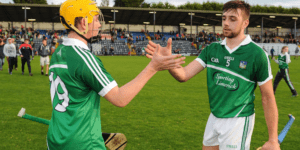 Colin Ryan and Oisin O’Reilly congratulate one another after Limerick’s impressive win over Cork in the U21 Munster Hurling Championship Quarter Final of 2016.

The Clonlara man is an instinctive attacker with a keen eye for a score. Brother of senior star Colm, Ian’s progress was curtailed by a cruciate ligament injury last year. Seems to be back to his best and has been impressive this year for Clare despite being used sparingly.

Galvin picked up four points from play when these sides last met in the Munster final of 2015. His battle with Kyle Hayes on the 45′ will go a long way in deciding the game.

The Na Piarsaigh man has won nearly every honour available in the game with an All Ireland Club Title, All Ireland U21 title as well as Munster U21 and Minor medals to his credit. He has yet to establish himself in John Kiely’s senior squad yet and will look to impress for the U21s. He was a key cog in the 2015 side playing in the full forward line and over the frees.

Lynch was man of the Match when these sides in the Munster final of 2015, Lynch now finds himself at half back and proved his worth there against Tipp with a couple of long range scores. 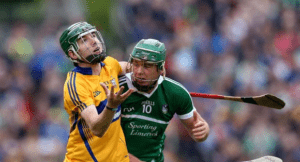 Ronan Lynch in action in the 2015 Munster U21 Hurling Championship Final.

One criticism from Limerick’s emphatic win over Tipperary in the Quarter Final was the fact that the full-back line is relatively inexperienced at this level barring Sean Finn.

On Wednesday evening they will come up against one of the most exciting prospects in Ireland in Wolfe Tones Aaron Shanagher who will look to go for goal at every opportunity. Was held very quiet in the Munster final loss to Cork and Limerick will look to do the same with Finn likely to be asked to man-mark the young flyer.