READ: 6 Players to Watch in Munster U21 Final

6 Players to Watch in Munster U21 Final

Limerick welcome Cork to the Gaelic Grounds tomorrow evening for the 2017 Munster U21 Hurling final. After impressive performances against Tipp and Clare in the quarter and semi finals respectively Limerick head into the game as favourites.

However, Cork are equipped with a number of players who were instrumental in Cork’s Munster Championshio success at the senior grade earlier this month. Ahead of the game we look at six players who may have the biggest say in the outcome of the match. 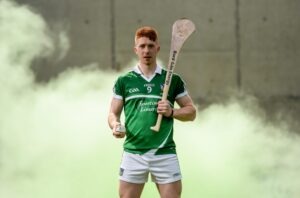 In his fourth year at this grade Patrickswell’s Cian Lynch is the most recognisable name on the Limerick side and arguably in the whole competition. Since bursting onto the scene in 2015 with a number of brilliant displays in the Senior and U21 hurling championships, Lynch has failed to translate his talents into success.

His performance against Clare was top class and another on Wednesday would go a long way in exiting a second Munster U/21 medal. A game changer and on his day is unstoppable. His playmaking abilities will be key to unlocking the rebel defence and allowing Casey, Morrissey and Nash to head for goal.

The Blarney man will most likely be tasked with curbing the influence of Lynch at wing forward. However, Coleman will also have to be watched as he has proven his undoubted quality  in the Senior Championship.

A leading contender for young hurler of the year Coleman seems at ease whenever in possession of the sliotar, will be looking to send quick ball into the likes of Shane Kingston, Declan Dalton and Luke Meade should be recover from injury.

Adare’s Mike Mackey has been drafted into the starting XV for the Munster final in the place of Barry Murphy. It’s a bold call from Pat Donnelly to name Mackey who has yet to appear in the championship this summer.

Yet Mackey has illustrated his ability for Limerick before, impressing for the minors and has become a key forward for Adare in the Limerick Senior Hurling Championship. May switch to wing forward and allow Lynch to operate as an orthodox no.11, if so Mackey will be expected to provide a scorin touch.

Dalton was Cork’s star man in their Munster semi-final victory bagging 1-12, including the last minute penalty that secured Cork’s passage to the final. The Fr O’Neill’s man kept the scoreboard ticking for the Rebels with his accuracy from placed balls, notching 0-7 in the first half including two perfect sidelines early on.

Lining out at centre forward, Dalton wil be in direct competition with Kyle Hayes who has been one of Limerick’s key men this year. Whoever comes out on top on the 45′ will have a huge bearing on the match.

Man of the Match in the 2015 All-Ireland U21 final Nash is a defenders nightmare. Blessed with height, strength, speed and an eye for goal Nash can do it all.

However, so far this year for both the U21s and the senior squad, Nash has failed to fully stamp his authority on games. Despite goaling against Clare, more will be expected from the South Liberties man in the final in the Gaelic Grounds.

The Mary I student missed out on the semi final win with a broken thumb and is still not fully fit, yet the Newcestown man will be crucial to the Cork cause in Limerick tomorrow night.

Meade is a highly intelligent hurler who will be familiar to many of the Limerick team as he was one of the key members of Mary I’s successful Fitzgibbon Cup team in Spring. Will be expected to cover in the absence of Darragh Fitzgibbon and float around midfield looking to release the cork forwards.