Reeling in the Years: Limerick GAA’s 1996

While everybody is anxiously looking to the future wondering when we will see the GAA return, we are instead looking back into the past as we begin to Reel in the Years for Limerick GAA.

After suffering relegation to Division 2 a year earlier, Limerick were unable to secure promotion back to the top tier for ’97 as they were pipped by Wexford and Laois, finishing third in the group.

As things would pan out, structural changes would see Limerick compete in Division 1 for 1997.

Limerick’s season exploded into life in the Munster quarter-final as they put Cork to the sword, defeating the Rebels by 16-points, 3-18 to 0-8 in Pairc Ui Chaoimh to set up a replay of last years Munster final with Clare in the semi-finals.

All-Ireland champions Clare rolled onto the Ennis Road for a titanic tussle in front of almost 45,000 patrons.

The game seemed destined for a replay until Ciarán Carey stepped up to score Limerick’s greatest ever point and avenge the defeat from 12 months previously.

Tipp would await Limerick in the final. In front of a packed Gaelic Grounds the sides could not be separated as the game went to a replay with the final score reading 0-19 to 1-16.

In the replay, Limerick’s goals would prove to be the difference as four green flags for Limerick secured a one-point, 4-7 to 0-16 victory in Pairc UI Chaoimh.

Antrim were awaiting in the Semi-Final for Limerick but were dispatched comprehensively by Tom Ryan’s men as they marched into a second All-Ireland final in three years after a 1-17 to 0-13 victory.

Wexford were the opponents in Croke Park as Limerick looked to make up for the loss in 1994.

The Treaty men started the better and held a 0-4 to 0-1 lead after fifteen minutes. Wexford would shoot into the lead as Tom Dempsey’s goal put them 1-3 to 0-5 ahead after 20.

Limerick would not regain the lead for the duration of the game despite having a man advantage when Wexford were down to 14 just before half-time.

It was another bitter blow to the Limerick psyche as they were once again left to think what if after a sub par performance on the biggest day of all.

After a poor 1995 campaign, the footballers fared much better in the Spring campaign of 1996.

Although promotion still escaped them, they upped their wins from one to four with half of their games ending in victory for David Quirke’s team.

Despite this progress in the league, Limerick were drawn against Cork in the Munster Football Championship.

The three-in-a-row Munster champions had far too much for Limerick who succumbed to a 1-6 to 2-19 defeat in Kilmallock.

In the Limerick Senior Hurling Championship, Patrickswell made it two in a row as they defeated Adare 1-12 to 0-6 in the decider to prolong the West club’s bid for a maiden Senior title.

Croom were crowned Junior A champions while Kilmallock sealed the Junior B Championship.

A repeat of the ’95 final saw Claughaun and Fr Caseys face off again. Once again the City side would get the better of their West rivals. That success would prove to be Claughaun’s latest in the competition.

In the Intermediate Championship, Bruree won out while Gerald Griffins were crowned Junior A winners.

The Junior B Championship went the way of Granagh/Ballingarry. 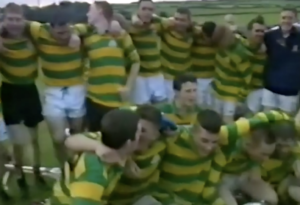 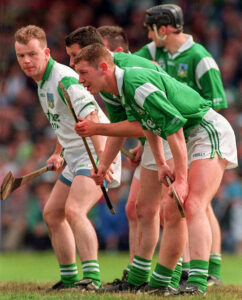 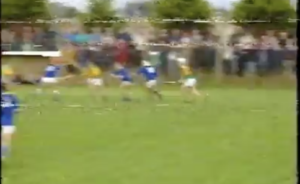 RTE Sport are reporting today that GAA facilities may be allowed to open from June 8 with clubs ...
Read More →

Our Reeling in the Years of Limerick GAA continues today as we travel back to 1998. Catch out ...
Read More →

Tonight's GAA is the 1995 LimerickGAA Junior A Hurling Championship between Dromin Athlacca Gaa and Askeaton Gaa. It should also be noted that ...
Read More → 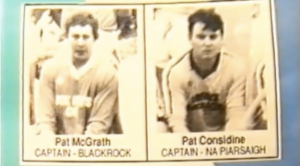 Friday night's GAA is the LimerickGAA Intermediate Hurllng Final between Na Piarsaigh Gaa and Blackrock GAA Club. Relive all the action in what ...
Read More → 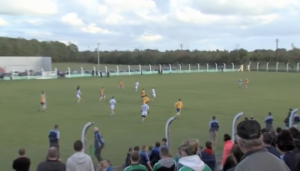 Tonight's GAA action is the LimerickGAA Intermediate Football Final between Na Piarsaigh GAA (Limerick) & St Senan's Gaa. ...
Read More →
We use cookies to ensure that we give you the best experience on our website. If you continue to use this site we will assume that you are happy with it.Ok