Our Reeling in the Years of Limerick GAA continues today as we go back to 2017 as the U21’s recorded another All-Ireland win.

2015 U21 All-Ireland manager John Kiely was named new Senior Hurling Manager with his first competitive game coming against Wexford in Division 1B of the league.

However, 20 minutes without a score would prove detrimental to Kiely’s side as Wexford overpowered the Treaty to secure a 1-14 to 0-14 win.

Limerick would win their next three against Kerry, Offaly and Laois but fell to Galway 0-24 to 1-18 in their final game.

They put the disappointment to one side in the quarter-finals as they overcame Division 1 side Cork.

David Dempsey’s early goal had Limerick ahead but Luke Meade’s response meant the sides were level 1-9 each at the break.

Gearoid Hegarty would prove to be the difference in the second half as his late score ensured a 1-20 to 1-18 win in Pairc Ui Rinn.

Limerick faced Galway in the semi-final and the sides were level at 1-3 to 0-6 after 20 when William O’Donoghue notched Limerick’s only goal of the game.

Galway responded quickly and lead by five at the half.

Conor Cooney’s second half goal was enough to see off the Limerick challeneg as Galway strolled to a 1-21 to 1-11 win and the League final.

Limerick started well with the opening two scores but a pair of sucker-punch goals from Shane O’Donnell had Clare 2-2 to 0-3 ahead within the opening quarter of an hour.

Clare stretched their advantage to seven but 1-4 on the bounce from Limerick brought them level prior to the break with David Dempsey getting the crucial goal.

Limerick had the deficit down to three before Conor McGrath’s goal had Clare out to a 3-12 to 1-12 lead.

Kyle Hayes late goal on his debut did offer Limerick some hope but Clare would hold out for the 3-17 to 2-16 win.

Limerick drew Kilkenny in Nowlan Park in the first round of the qualifiers.

The Cats got off the mark quickest but Limerick had the game level at 0-4 apiece after 22 minutes.

Three from Walter Walsh would push Kilkenny into the lead but Limerick responded as they trailed 0-10 to 0-8 at the break.

On the resumption, Limerick outscored their hosts to bring the game level with 25 minutes left.

However, scores from Dowling and Pat Ryan had the gap down to two with just a minute of normal time remaining.

However, Kilkenny would outscore Limerick to earn a hard-fought 0-20 to 0-17 win, sending Limerick out of the championship.

The Limerick U21 Hurlers picked up a second Munster championship title in three years as they defeated Clare, Tipperary and Cork en route to the Provincial championship.

Laden with a number of John Kiely’s senior squad, Tom Morrissey lifted the Munster trophy in the Gaelic Grounds after they defeated Cork 0-16 to 1-11.

In the All-Ireland semi-final, Limerick faced Galway with the teams level 1-9 to 0-12 at the break as Peter Casey got the games first goal.

Barry Murphy’s goal for Limerick on 37 minutes propelled Limerick into a 2-13 to 0-14 lead.

However, goals from Conor Whelan and Jack Coyned had Galway 2-17 to 2-15 ahead ten minutes later.

Pat Donnelly’s men showed their courage down the home stretch, utscoring their opponents 0-7 to 0-2 to seal a place in the All-Ireland final with a 2-23 to 2-19 win.

In the final, Limerick face Kilkenny, in a rematch of the 2014 Minor final which Kilkenny won in Croker Park.

This time around, Limerick lived up their favourite tag as they raced into a 0-7 to 0-1 lead in Thurles.

Kilkenny did offer some resistance but ably lead by Aaron Gillane up front, Limerick held a commanding 0-11 to 0-4 lead at the break.

However, five from substitute Alan Murphy after the break had Kilkenny back to within four with time running out.

U21 Hurler of the Year and Man of the Match Gillane would settle the nerves before Oisin O’Reilly rounded off the scoring as Limerick claimed a second title in three years with a 0-17 to 0-11 victory.

Back in Division 4, Limerick got their campaign off to a poor start as they fell to successive defeats to Wexford, Westmeath and Carlow.

However they would finish with four successive victories under the tutelage of Billy Lee to finish fourth in the table.

Those wins would come against Leitrim, Waterford, Wicklow and London.

For the third consecutive year, Limerick were drawn to face Clare in the Munster Championship quarter-final.

Clare raced into an early advantage with Jamie Malone’s ninth minute goal helping them into a 1-8 to 0-6 lead at the break.

The sides sxchanged scores throughout the second half and with 12 to play, Clare lead 1-11 to 0-8.

However, Limerick reduced the gap to 1-13 to 0-12 in injury time with Josh Ryan’s goal bringing the sides to within a point of each other.

Limerick did have a chance to level in injury time but failed to hit the target as they fell to Clare for the third successive year.

In the qualifiers, Limerick were drawn to face Wexford in the Gaelic Grounds.

At half-time, the sides were level at 0-7 apiece at the half but it could have been much better for Limerick had Iain Corbett not pointed from a penalty in the closing stages of the first.

Nonetheless, the sides continued to trade scores in the second half.

It would prove to be the visitors who would get the crucial score as PJ Banville’s free a minute from time saw Limerick exit the championship.

Na Piarsaigh reclaimed the Limerick SHC for the fourth time since 2011 as they defeated Kilmallock 1-22 to 2-14 in the final.

The sides were evenly matched at 0-6 to 0-5 middway through the opening half before a Na Piarsaigh flurry saw them into a 0-14 to 0-7 lead at the break.

Gramee and Jake Mulcahy had goals late on but it count for little as Na Piarsaigh claimed the win.

The Caherdavin would maintain their 100% record in the Munster champions as they beat Blackrock by 22 in the semi-finals before overcoming Ballygunner 3-15 to 2-10 in the Munster decider.

Nap would go on to compete in the All-Ireland final in 2018.

In the Premier Intermediate Hurling Championship, Murroe Boher were crowned champions after they defeated Garryspillane 1-21 to 1-15 in their replayed final.

St Patricks were crowned Junior A champions while Bruff won the Junior B Championship.

In their maiden year in the Limerick SFC after promotion from the IFC, Adare stunned Newcastle West to pick up their first ever title with a 2-10 to 1-10 win.

They led 1-6 to 0-6 at the half but Iain Corbett’s goal shortly after the break had them level again.

Adare took the ascendancy once more to lead by three but four unanswered from Newcastle had the 2015 champions ahead 1-10 to 1-9 in ijnury time.

However, Jack English’s late goal and a point from Charlie McCarthy helped Adare to a historic win.

St Senans were crowned IFC after they beat Galbally 4-9 to 2-8 in the decider. 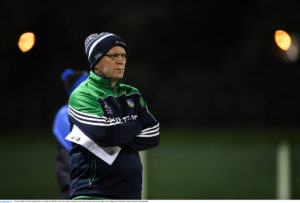 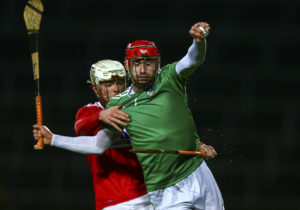 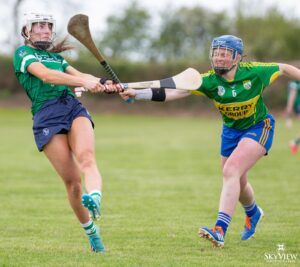 €20,000 will be made available for GAA supporters to win for their GAA clubs by Allianz. To mark ...
Read More →

The National Camogie League will be followed by the All-Ireland championship as the Camogie association confirmed a split ...
Read More →

The Limerick senior footballers kick off their National Football League campaign this Saturday against Tipperary at the LIT ...
Read More →

The times, dates and venues have been confirmed for Limerick's 2021 Munster hurling and football championship fixtures. The ...
Read More →

After training for the past number of weeks & a challenge match vs Kerry on Sunday last, manager ...
Read More →

“Here comes Ciaran Carey, Carey leading the charge of the light brigade.” https://www.youtube.com/watch?v=cwCM3criVDU While for many of the ...
Read More → 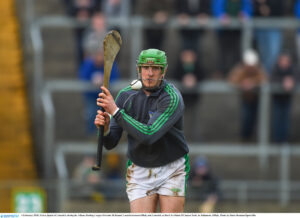 Limerick duo named in Hurling Team of the Week

There were two Limerick players selected on the first Official GAA Team of the Week of 2021. Current ...
Read More →