Three wins on the bounce for LIT Celtics

LIT Celtics and Paris Texas Kilkenny played out a thrilling Men’s National league tie on Saturday night in LIT Sportshub. Both teams were coming off the back of impressive wins but it was the Kilkenny side who took control early in the first quarter with some powerful inside moves and excellent outside shooting. 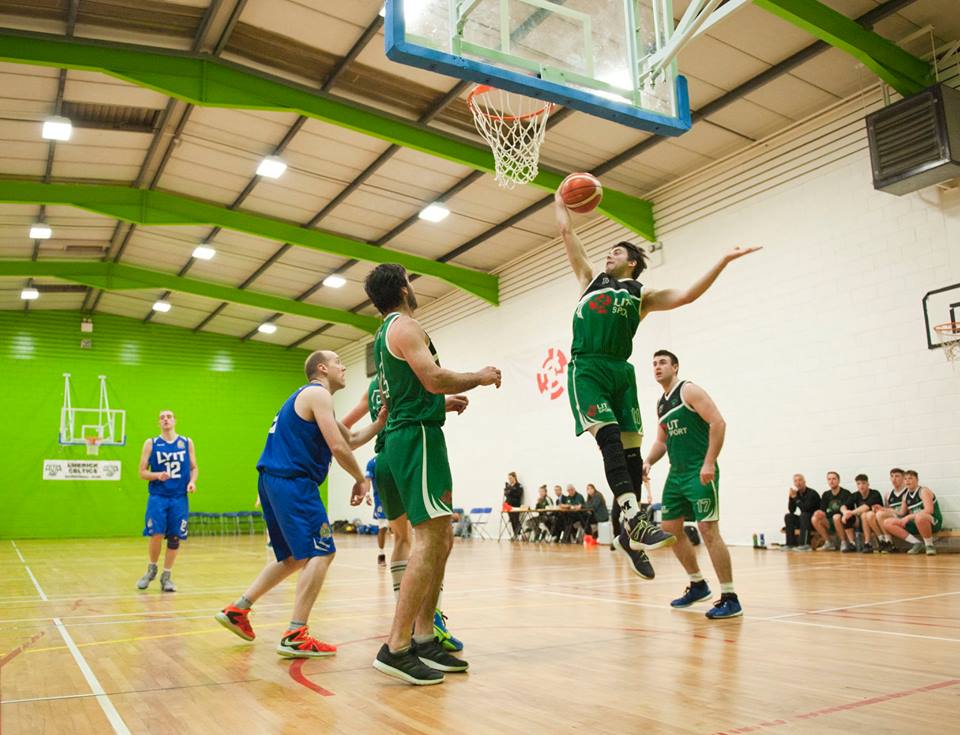 Some super three pointers from Matt St Armour and strong rebounding from John Galvin, Tommy Walsh and Ciaran Woods brought the Limerick side right back into the game and it was all tied up midway through the second quarter. Kilkenny then pulled away to lead 44 – 37 with some physical inside play in what was a very physical game overall.

LIT Celtics came into the third quarter on fire with Krystian Burchardt hitting the opening 7 points to leave the teams all tied after three minutes. Again Kilkenny came back strong but the LIT Celtics team were growing in momentum and with some excellent scoring from Burchardt , Galvin, St Armour and Woods the Limerick side were taking control of the game and opened up a six point lead. Kilkenny again responded with some super three point shooting and again Kilkenny had the lead by 2 points.

The lead had changed hands fourteen times in the games so far and with 2 seconds on the clock and the momentum heading back towards Kilkenny up stepped Matt St Armour for what was the score of the game when he hit a halfway line shot on the buzzer to give the LIT a one point lead heading into the fourth. The fourth quarter was again very physical but had some fantastic scoring with both teams giving their all.

John Galvin picked up a technical foul and had to leave the game and this seemed to inspire the whole team to work even harder. Galvin had been such a dominant factor of the game and it was worrying for the Limerick side when he was forced out of the game but the LIT Celtics responded with some excellent scoring and keep their 4 point lead intact to head into the final minute in control. Kilkenny hit some super three point shots in the closing minutes but with Matt St Armour, Krystian Burchardt and Emmet Brown scoring from all areas of the court the Limerick Men’s team held on for their third consecutive win.

Matt St Amour and Krystian Burchardt were again in action for LIT in the eircollege league on Sunday, the two star players claiming 67 points between them.

LIT have back to back games this weekend as they finish out the regular season and head into the National league Top Four league Cup playoffs. On Saturday night they take on Sligo All Stars in LIT Sportshub @ 6pm and then they travel away to Titans on Sunday @ 3.30pm in Galway. Limerick Celtics took home five North Munster Cup titles last Saturday in UL Arena.