A breach in the bank of the River Shannon has caused much devastation in the Na Piarsaigh GAA club as their club grounds have become submerged in water.

With the pitch certainly unplayable for the foreseeable future, we caught up with former Na Piarsaigh Chairman Timmy O’Connor to get his thoughts.

“It’s unbelievable. You’ve seen the situation out there today. It has receded somewhat. Both pitches were underwater yesterday but we save the dressing rooms.”

“It was frightening but thankfully it has receded a small bit.”

While the sheer mass of water is the main concern at the moment, O’Connor is aware that once it subsides, there will be further issues to be looked into.

“We’re going to have to get the soil tested once we get the water off it. I’m no engineer but I presume there will be some contamination. There’s a lot of assessment of the damage to be done.”

Na Piarsaigh have recently had an astroturf pitch erected on their grounds as well as a clubhouse, dressing rooms and state of the art pitches.

This work has been devastated as a result of the flood with O’Connor highlighting the amount of work that was done by people to make the facilities what they were.

“It’s devastating for the people. The amount of work we have put into Na Piarsaigh over the last few years to have top class facilities and in a few minutes it’s gone belly up.”

O’Connor has highlighted however that a number of Limerick clubs have contacted the Caherdavin side to offer their help.

“I’m sure people will understand the predicament that we are in and will help hopefully.”

See the interview and damage in full below. 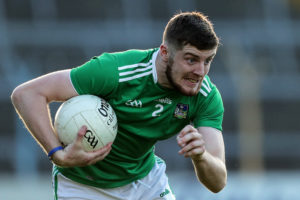 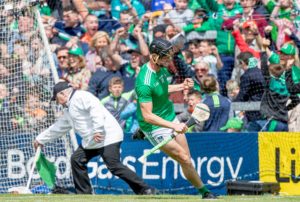 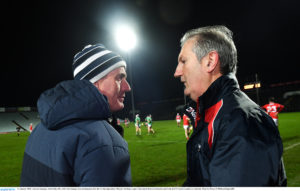 Billy Lee has named his Limerick side to take on Wicklow in the National Football League this Sunday ...
Read More →

The Limerick camogie team play their second game of the Littlewoods National Camogie League when they play Galway ...
Read More →

This weekend John Kiely will go in search of his first win over Cork in normal time since ...
Read More →

Unsurprisingly to some, the Limerick footballers are the early pace setters of 2020 as they are the only ...
Read More →

This Sunday Limerick travel to Pairc Ui Chaoimh to take on Cork in the third round of the ...
Read More →

This weekend the Limeick Senior Hurlers and Footballers look to maintain their 100% records in the National Leaugue ...
Read More → 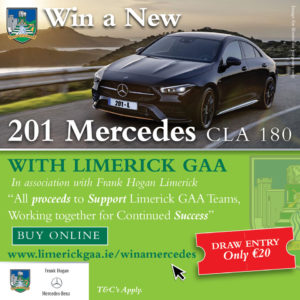 Limerick GAA In Association with Frank Hogan Limerick have teamed up to give one lucky supporter the chance ...
Read More →
We use cookies to ensure that we give you the best experience on our website. If you continue to use this site we will assume that you are happy with it.Ok