MUNSTER have defeated Edinburgh 22-10 at Murrayfield with a dominant forward performance to further extend their lead at the summit of the PRO14’s Conference B.

Edinburgh took the initiative early on to kick themselves into a three point lead but it was short lived. Munster defended brilliantly throughout the contest and the breakdown endeavours of Chris Cloete were rewarded as Munster kicked clear to find good territory more than once in the opening quarter

Hanrahan equalized with a penalty kick on fifteen minutes before Munster stepped it up a gear. The Munster backrow were outstanding all night and on 29 minutes Jack O’Donoghue bundled his way over for the opening try.

Munster’s set-piece was exceptional and never allowed Edinburgh easy access into their territory. James Cronin, Niall Scannell and John Ryan scrummaged brilliantly to provide a great platform whenever called upon but the lineout functioned efficiently too.

Less than ten minutes after O’Donoghue’s try, Munster again secured possession in the Edinburgh 22. The Scots defended well as Munster pounded the opposition try line, but in the end the men in red made a breakthrough. Scrumhalf Craig Casey jinked and sniped his way over after a series of carries from the forwards to extend Munster’s lead in the 36th minute.

Edinburgh’s Bill Mata did pull one try back after the break but after a sticky ten minutes, Munster rediscovered their form in good time. On the 56th minute Munster again executed physically and professionally to navigate their way close to the Edinburgh line.

Casey was instrumental once more with a half-break but it was another young man Gavin Coombes who applied the finishing touch. The West Cork number eight has been prolific from close-range this season and bundled his way over for his 7th try of the campaign. Hanrahan failed to convert on that occasion to leave the score at Edinburgh 10-22 Munster.

Man of the Match: Billy Holland

Opinion: Ireland can take nothing for granted against Scotland 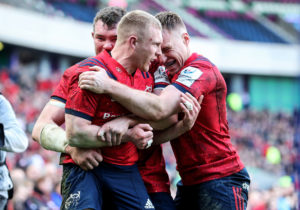 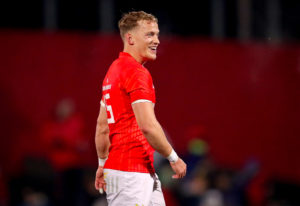 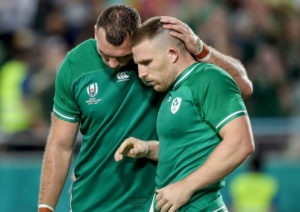 Casey, Conway and Farrell return to Ireland squad in preparation for Scotland & England

Opinion: Ireland can take nothing for granted against Scotland

IRELAND travel to Murrayfield this Sunday in search of a victory against Gregor Townsend's Scotland. Andy Farrell's men ...
Read More →

Munster Rugby have this afternoon announced that Keith Earls has signed a new one year deal with the ...
Read More →

Munster were made to work by their interpro rivals Connacht as they defeated them 20-17 in Thomond Park ...
Read More →

Casey, Conway and Farrell return to Ireland squad in preparation for Scotland & England

After helping the province into the Guinness Pro 14 final over the weekend, Munster trio, Craig Casey, Andrew ...
Read More →

Munster have qualified for the 2021 PRO14 final after defeating Connacht 20-17 at Thomond Park. Connacht started the ...
Read More → 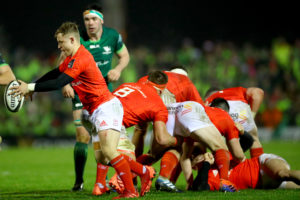 Munster and Connacht face off in a blockbuster Interpro derby tonight with a huge amount at stake for ...
Read More → 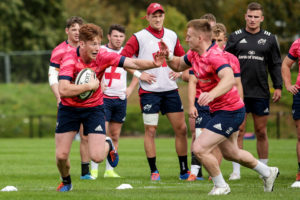 Munster have announced that eight players have signed new contracts at the province, including five from the Greencore ...
Read More →