WATCH: Two weekend wins for Limerick sides as AIL gets back underway

The opening weekend of the new Energia AIL season proved to be a mixed one for Limerick sides with only Old Crescent and Bruff victorious.

Old Crescent came out on top of their derby with UL Bohs on Friday night with a bonus point 32-8 victory in Division 2A UL.

McKenna then slotted a penalty for the away side, only for Bohs to reply through an Alex Kiely effort off the kicking tee.

It remained 10-3 going into the second half , but Crescent dominated proceedings from there.

Two Niall Hardiman tries put Crescent in control 10 minutes into the second half. McKenna converted one of them to put his side 22-3 up.

Rory White did get a consolation for Bohs, but further efforts from Val McDermott and five points from McKenna saw Crescent to a superb win.

Saturday’s action saw defeats for Young Munster and Garryowen in 1A and Shannon in 1B.

Young Munster were very unlucky to fall to a 7-6 defeat to Clontarf at Tom Clifford Park. The Cookies were on the wrong side of some extremely frustrating refereeing decisions throughout the contest.

Conditions ensured that neither side were able to trouble the scoreboard in the first half, but two Evan Cusack penalties had Munsters in firm control coming up to the hour.

The home side were then reduced to 14 when Paul Allen was sin binned for a minimal indiscretion at a Clontarf scrum.

That decision angered Munsters players, coaches and supporters as ‘Tarf appeared to have gotten away with several sin binning offences earlier in the half.

The sub hooker broke through from the base of a ruck close to the Munsters line to touch down for the game’s only try. Sean Kearns added the extras to seal victory for Clontarf.

Elsewhere, Garryowen were denied what would have been a superb victory against Cork Con, with the home side landing a late penalty to steal a 14-13 win.

Aidan Moynihan landed the all important penalty to seal a vital opening day success for the 1A holders.

Moynihan and Jamie Heuston swapped penalties in the early stages, before the latter kicked Garryowen into a 6-3 lead.

However, Greg Higgins soon had Con ahead with the first try of the game early in the second half. Moynihan then added a second penalty that saw Con to a 11-6 advantage.

Shannon began their 1B season with defeat to Old Belvedere on a 22-20 scoreline at Thomond Park’s back pitch.

Belvo led 16-10 (Pa Ryan try for Shannon) at the break and further efforts from Steve Crosbie saw the Dublin side 22-10 to the good.

Shannon did rally late on through a Colin Slater effort, but it came too late for them to mount a comeback.

Bruff were the only Limerick team to taste AIL victory on Saturday as a last gasp victory as Kevin McManus’ conversion saw them to a 19-18 away win against City of Derry.

The IRFU have confirmed zero positive cases from Munster after the second round of PCR testing this week. ...
Read More →

28-year-old centre Damian de Allende has given his first interview since joining Munster from Japanese side Panasonic Wild ...
Read More →

Irish rugby union player Ben Betts has stepped away from the professional sport at the age of 23. ...
Read More →

The fixture dates and kick-off times for the Guinness Pro14 restart have been confirmed, after consultation with clubs ...
Read More →

The line-ups for the 2020/21 Energia Men's Community Series conferences have been confirmed. The competition kicks off on ...
Read More → 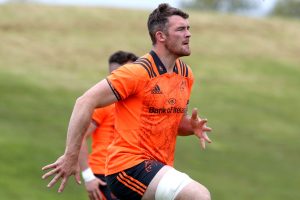 Munster Rugby quartet Dave Kilcoyne, Paul O’Connell, Ronan O’Gara and Peter O’Mahony have been voted onto the Guinness ...
Read More →
We use cookies to ensure that we give you the best experience on our website. If you continue to use this site we will assume that you are happy with it.Ok