Munster lock Gavin Coombes spoke about Munster as a squad yesterday as they gear up for Castres in the Champions Cup.

Despite the loss of Peter O’Mahony prior to to kick off in last week’s crucial URC clash with Ulster, Munster were able to eek out the win to bounce back from the New Years defeat to Connacht.

Ahead of their clash with Castres this weekend, Munster’s Gavin Coombes spoke very openly and with confidence about the major loss of Peter O’Mahony, backing his team-mates.

The mentality of this team is clear. they want to be something special.

If they continue fixing small issues there is no reason why they wont be. With Covid measures changing by the week the team have had to adapt and overcome so many challenges but have showed real versatility in doing so.

“If you look at Johann you look at Steve they’re both world-class coaches, we’re obviously gonna take what we can from the time we have with them”

When challenged with the question on manager Johann van Graan and his future, Coombes was very focused on his role in the club . Coombes and his team are only able to look at why they are there and continue to battle for their jerseys. The team know of the standard of their coaches and understand that they need to take what tips they have for as long as they can to better themselves.

The mood in the camp overall is good. The team want to hit their targets more than ever. Off the back of their trip to South Africa they have really gelled as a unit are showing promising signs of bringing back the Munster we know.

Difficult circumstances forced a late win last weekend in Thomand Park in a grueling encounter in which Munster beat Ulster by the skin of their teeth. The team admits that they had the support of a fifteenth man in the crowd as they really stuck behind there team.

The men in red travel to France this weekend with a point to prove in the Champions Cup against Castres. Munster look to maintain there 100% win record in the competition with kick off under lights at 8pm Irish time. 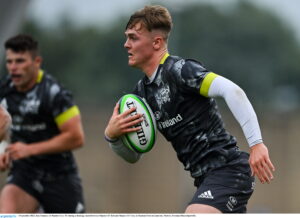 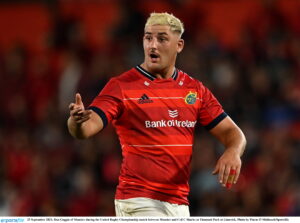