Round 4 of the Women’s AIL got underway last weekend with Limerick’s UL Bohemians falling a sizeable 27 points short of Railway Union.

The top game in the tournament saw the top two sides meet at Willow Lodge, where second placed Railway Union had a convincing win over competition leaders UL Bohemian 37-10.

The Dublin side were 17-0 up before Bohs’ out-half Nicole Cronin opened the visitors account with a penalty just before half time. A try from Sarah Quin, converted by Cronin, closed the gap to seven points early in the second half, but three more tries from the home side saw them take maximum points.

Take a look at the full results list below: 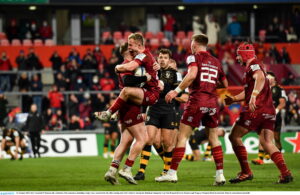