Young Munster held at home by UCD in AIL cracker

Young Munster’s winless run is now at four games in Division 1A of the AIL after they drew 34-34 with UCD in a thriller Tom Clifford Park.

Gearoid Prendergast’s side led 34-19 on the hour after scoring six tries but let UCD back into the game in the final quarter and had to be content with three points instead of the five that seemed a certainty at one stage.

It could have been worse for Munsters as UCD scored a try late on to draw level but missed the resulting conversion from straight in front of the posts.

It was the away side that drew blood after just two minutes when Ronan Foley barged his way through a couple of tackles to score.

The Cookies were back on level terms five minutes later when Calvin Nash showed deft feet to dodge a couple of defenders before diving over. Shane Airey’s conversion put the home side 7-5 ahead.

UCD responded with their second try of the afternoon through Matthew Gilsenan and the out-halves conversion saw the Dublin side back in front.

An individual Darragh O’Neill effort and then a fine team move finished off by Ed O’Keeffe saw Munsters into a 19-12 lead but UCD fought back once more through Andy Marks to put the game level in the lead up to half time.

However, Munsters bagged a try bonus point before half time when Tom Goggin went over off the back of a lineout maul. Tries from Alan Kennedy and Shane Fenton then extended that lead to 15 points early in the second half. 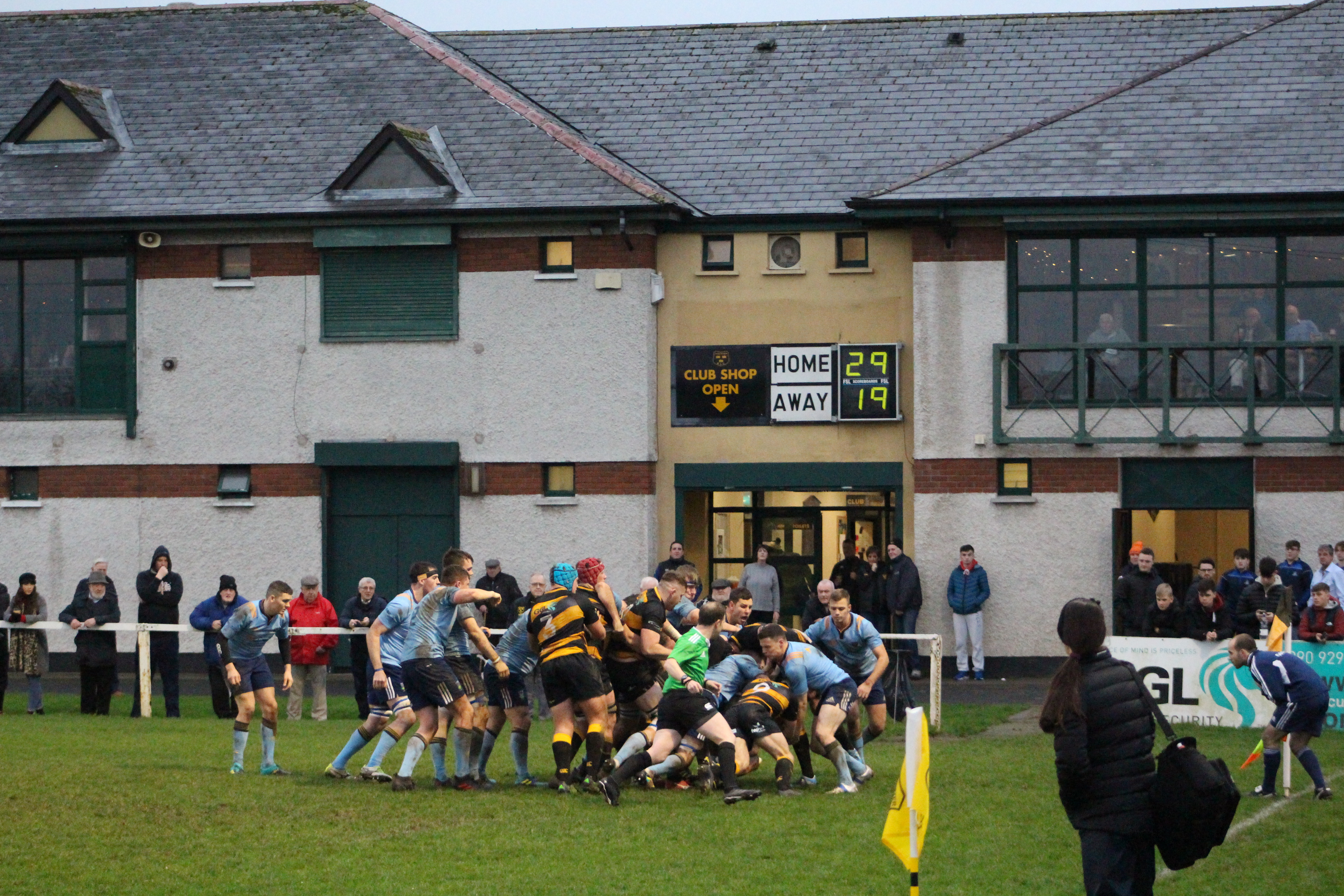 Liam Hyland’s try brought UCD back into the game and when Munsters saw two players sin-binned in quick succession, Gilsenan slotted a penalty to cut their lead to five.

UCD’s pressure eventually told with Brian Cawley crossing after a spell of pressure on the Young Munster line but Gilsenan missed the conversion from straight in front and the game finished all square.

Elsewhere in Division 1A, Shannon lost 32-15 to Lansdowne at Thomond Park’s back pitch. Tom Hayes’ side had tries from Robbie Deegan and Nathan Randles.

Garryowen were also in action today and came away with a win from bottom placed Terenure. Twelve points from Ben Healy and a Darren Ryan try saw them to a 17-16 win.

In Division 2A last night, Old Crescent were 29-15 victors against Nenagh Ormond in Rosbrien, while UL Bohemian went down to a 24-20 defeat to Cashel.

In 2C, Bruff moved into second place in the table by virtue of a 23-17 win over Omagh at Killballyowen Park but Thomond lost their game with City of Derry on a 19-13 scoreline.

The Breakdown EP143: The Boy Who Cried Wolfpack

An extended Munster A squad has been named for Saturday’s Interprovincial against Connacht Eagles at Thomond Park (3pm). ...
Read More →

The Breakdown EP143: The Boy Who Cried Wolfpack

In this weeks Breakdown podcast, Raff and Tom look back on the week in Rugby. They examine Leinster's ...
Read More →

Munster Rugby have confirmed a positive Covid-19 test result for one of their academy players this evening. The ...
Read More →

The Guinness PRO14 will break new ground as it introduces prime-time Monday Night Rugby to its schedule for ...
Read More →

The Munster squad and coaching team returned to the HPC on Monday ahead of Saturday’s ‘A’ Interpro against ...
Read More →

A full Thomond Park awash with red is one of the great sights in world rugby. We are ...
Read More →

Shannon, Garryowen and Young Munster will join Highfield in the semi-finals of the Bank of Ireland Munster Senior ...
Read More →

Munster A side named for Connacht clash on Saturday

An extended 26-man Munster A squad has been named for Saturday’s Interpro against Connacht A at the Sportsground ...
Read More →
We use cookies to ensure that we give you the best experience on our website. If you continue to use this site we will assume that you are happy with it.Ok