Only last Friday SANZAAR confirmed that both the Cheetahs and Southern Kings would be cut from Super Rugby.

It means that the South African Rugby Union have two pro teams with no league to play in and two rugby markets of Bloemfontein and Port Elizabeth going unfulfilled. However rumours that the two South African sides are exploring European options have been gaining momentum. 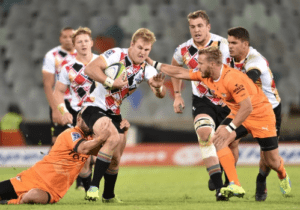 The Southern Kings and Cheetahs in Super Rugby action

The talk coming from both the Cheetahs and Kings would certainly indicate that both teams are looking seriously at joining a northern hemisphere competition with the Guinness Pro12 looking like the most amenable option.

“It has been a roller-coaster ride for the (Kings) franchise for a number of seasons but there is now a clear and viable way forward for rugby in the Eastern Cape to build on the foundations that have been laid – particularly in the past season.

“We have enjoyed Super Rugby but the chance to test ourselves against different opposition in different conditions is a mouth-watering one.

“We are therefore not opposed to joining new competitions. With all stakeholders pulling in the same direction we can bring success and excitement to rugby in the Eastern Cape.”

“The board of the Cheetahs has reviewed the team’s future and is extremely positive about the prospect of appearing in alternative international competitions.

“It will be an exciting challenge for our players‚ supporters and commercial partners and will be the start of a new chapter for rugby both in our region and in South Africa.

“Also‚ it will allow the Cheetahs to carve out a new and prominent place on the rugby map in South Africa as well as internationally.”

Sporting Limerick’s Raffaele Rocca spoke with legendary South African sports broadcaster John Robbie to get a an idea of the feeling amongst the South African public about the move. 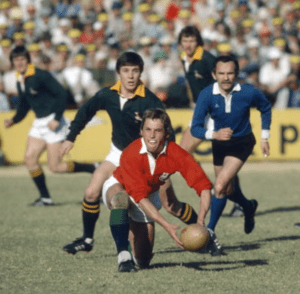 Robbie playing for the 1980 Lions against South Africa

Robbie who was capped nine times for Ireland and played alongside Tony Ward on the Lions tour of South Africa in 1980 thinks that interest in the Super Rugby competition has wained.

“It hasn’t been confirmed that they are moving to the Pro12, but I think it is a foregone conclusion, and I think most people are very excited because Super Rugby has become a dogs dinner.

“It was this wonderful competition between the Souther Hemisphere big three, everybody played everybody else and it was magnificent. It went through to semi finals and a final.

“A winner came out and that winner could say they were the best provincial side in the world we believed.

“Since then there has been a lot of dissatisfaction. The money men have taken over, the Australians weren’t qualifying so they’ve tweaked it and they contrived it so you have this ridiculous systems where eight teams qualify.

Despite being the weakest of the two South African Super Rugby franchises but both have long and storied pasts. The Cheetahs franchise area encompasses the western half of the Free State province, the same as that of provincial Currie Cup side the Free State Cheetahs. 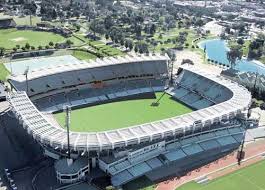 Between 2006 and 2015, the Griffons from the eastern half of the Free State province and Griquas from the Northern Cape province were Cheetahs franchise partners, but this ended before the 2016 Super Rugby season. 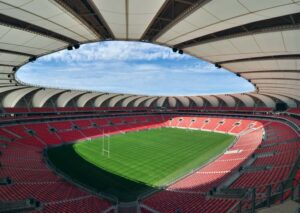 However, after the South African Rugby Union took over the running of the franchise in November 2015, the Kings had no formal ties to any of the provincial unions.

You can watch the interview in full below.

Robbie says that fans in Ireland and the other Pro12 unions will gain from the addition of the two South African teams.

“They both have big rugby pedigrees, one from the past. The Cheetahs, the Free State are very famous and they have a magnificent rugby academy called Grey College and they play terrific running rugby.

“There is a massive tradition of rugby down there. It is very much the heart of – if I can call it that – black rugby, it’s running rugby and it’s exciting. Although they started very badly, they have had some marvellous results to the extent that they won in Pretoria against the Bulls last night.

“I think it gives South African rugby two strings to their bow and I think fans of the Pro rugby up there are going to be pleasantly surprised. I think it is going to be great.”

While the idea on paper sounds good, the logistics might prove to be a bit of a headache. Super Rugby sides ofter plan 3 week road trips where let’s say a New Zealand franchise would spend 3 – 4 weeks on the road in South Africa and play 3 games against South African teams while there.

It cuts down on travel expense but there are relocation and accommodation costs that also make these long road trips expensive. It was suggested that the Kings and Cheetahs could base themselves at Saracens for their home games.

The London club have many South African connections and with an all weather surface, the venue would certainly be capable of hosting both teams as well in addition to Saracens.

Putting rugby aside, this move has to make financial sense for SARU and is not only a chance to improve the Springboks on field fortunes but also provides a shop window for South African tourism and the country as a whole.

Robbie believes a mix of games at Saracens and some in South Africa would be a sensible approach.

“Obviously money is an issue here, South African rugby has huge problems in terms of making ends meet and that’s why the television revenue that went down with Super Rugby has been serious and we can’t deny in a professional game that money is important.

“The lure of sterling and the euro would be very important but this is just my own observation. Common sense says they should mix it. Maybe go and play from Saracens which has a huge South African link as we know.

“Maybe play some games there from Saracens, maybe bring teams down on tours of South Africa. I would think that the Ministry of Sport here would be very unhappy if visiting sides from Europe didn’t come down bringing their supporters in terms of promoting tourism which is seen by many people as the panacea to South Africa’s economic problems.”

If the move does go ahead, then local authorities in Limerick, Cork, Belfast, Dublin and Galway should sit up and take note. It is an opportunity to promote all that is good about Ireland while at the same time giving fans of the four Irish provinces a genuine excuse to visit one of the most fascinating countries in the world.

Another point worth noting is that even though the Pro12 begins in September, no fixture list has been revealed when normally at this point of the Summer, it would be.

While nothing has been confirmed. The move could be a game changer for the Pro12 and would be beneficial to both South African and Celtic rugby. Broadening your horizons, playing teams with a different style of rugby and enhancing the offering for fans would be a shot in the arm for the tournament organisers.

Robbie can’t hide his enthusiasm about the possibility of the Irish and Celtic sides coming down his beloved South Africa, something he says he will definitely support and get behind.

“I think if it is handled properly that it will be terrific for everybody involved and I for one would travel down to the Eastern Cape or the Free State to watch Munster, particularly the way they played this year.”