The Irish Women’s hockey team had a mixed Hockey world league Semi final tournament eventually finishing 7th overall. That 7th placed finish was not enough to guarantee World Cup qualification and belies some extremely close games that Ireland came out the wrong side of.

Ireland would get nothing easy in a group that contained England, Germany, Japan, and Poland. Draws in their opening games against Japan and Germany were followed by a 2-0 win over Poland. A 3-2 defeat to England in the last pool game was costly as it putted Graham Shaw’s side against 3rd ranked Argentina in the 1/4 Final.

Argentina scraped past Ireland 3-2 meaning Ireland faced a battle to secure their World Cup place as they needed to finish 5th. South Africa then beat Ireland 3-0 in the 5th-8th playoff before Ireland rebounded well to beat India 2-1 in the 7th-8th playoff.

Despite not getting the rub of the green in some of the games, Upton believes this Irish team prepared well and was up beat about their performances.

“We had really good preparation leading up to the tournament”

“We knew that if we played how we wanted to play and continued , I suppose, on that upward journey throughout our preparation that we could  test some of the teams”

Qualification for the World Cup will now be decided when the continental games finish and it looks likely there will be a spot for Ireland given the results of the Hockey World Leagues.

The former Crescent College Comprehensive student is hopeful that Ireland’s 7th place finish might be enough to qualify for the World Cup.

“We’re pretty confident that we will qualify but we just have to wait until, I think it might be around October or November until some of those Continental championships have been played”

The squad will now compete in the European Championships in about three weeks time and will hope to build on the experience gained in Johannesburg.

The European Championship is being held in Amsterdam and Ireland’s first game is against England on the 19th of August. Their busy schedule continues as they face Scotland the following day. Then they face Germany on the 22nd in their last group game. 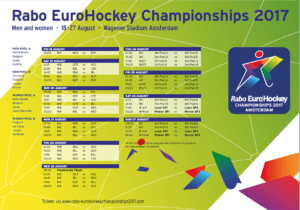 Going into the games, Upton is confident Ireland can produce another impressive few performances, especially for a team like Ireland who aren’t very high in the rankings

“For a team ranked 15th or 16th it wasn’t too bad, we’re definitely on the rise and there is a lot of self confidence heading into the Euros.”

The Limerick native has enjoyed a good run in the team and has 20 international caps to her name. Let’s hope the team can kick on from the experience gained in South Africa and book their place in the World Cup next year.

To listen to Roisín’s interview in full please click on the link below.