Ladies Football Round Up

The 2017 Division 1 Senior League Final took place last Sunday evening in Knockainey.  It was a repeat of last year’s Championship Final where St. Ailbes were up against Ballylanders current County Senior Champions.

Ballylanders opened the game with the first point after 3 minutes from Rosemary Rea. It took St. Ailbes eight minutes to really settle down before Paula Donnelly scored a point followed two minutes later with a goal from Stephanie Carroll.

Ballylanders then went on to score 2 great goals by Kristy Carroll and Kathleen Martin, and another point from Kristy Carroll in the last 3 minutes of this half.  With eight well taken points notched up before half time by St Ailbes, Pauline Mc Carthy (0-2), Síle Moynihan (0-2), Stephanie Carroll (0-1), Ingrid Laffan (0-1) and Niamh Ryan (0-1) and Paula Donnelly (0-1), St Ailbes were 3 points up with another tough half ahead on a warm humid evening.

The second half, a much quieter affair score wise ensued in this half, with a goal and a point from  Laura Lyons to open followed by another well taken goal from Cathy Mee of Ballylanders and a point from Caoimhe Clancy and to finish for Ailbes a Katie Heelan goal to bring the final score St Ailbes 3-9 to Ballylanders 3-3.

It has been three years since St Ailbes won this  League and the Cup was presented by Helen Hourigan, in memory of her daughter Máire Hourigan. 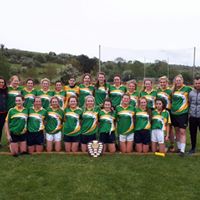 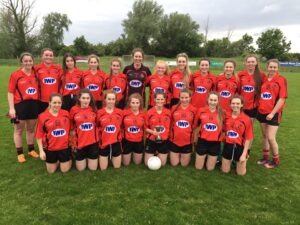 Adare took on Groody Gaels in the Final played in Mungret recently. In a very exciting final, Adare ran out winners in the end on the scoreline: Adare 5-8 Groody Gaels 4-4.

Na Piarsaigh and Croagh Kilfinny brought the curtain down on the Limerick hurling championship on Sunday with the ...
Read More →

A Limerick college is yet to win the competition with UL reaching the final for the first time ...
Read More →

The Caherdavin outfit completed a county double this year, with triumphs in both the Limerick SHC and IHC. ...
Read More →

The City side were the only Limerick side to go the distance in their respective Munster hurling campaigns. ...
Read More →

The City side claimed a first Munster title on Sunday with a comprehensive win over the pre match ...
Read More →

The 2023 Fitzgibbon Cup kicks off in the new year with the University of Limerick the defending champions. ...
Read More →

After a six week wait, Na Piarsaigh's second side proved too strong for the West outfit to earn ...
Read More →