In a sensational turn of events on Friday night, Limerick FC were granted permission from the Football Association of Ireland to apply for an Airtricity League First Division licence following a week of legal proceedings taken against the association by owner Pat O’Sullivan.

O’Sullivan and his legal team argued that Limerick FC were excluded from the list of clubs invited to apply for a licence to the league for the 2020 campaign.

The FAI released a statement tonight which read;

“Following talks with the club this week, the FAI are satisfied that Limerick FC, who trade as Munster Football Club Limited, came out of Examinership on December 11th, 2019,” read a statement from the association.

The Independent Club Licensing Committee is due to meet next month to assess all applications from Premier & First Division clubs ahead of the 2020 season kicking off”.

It was widely believed and accepted that Limerick FC were due to be liquidated and that their time as a senior club was over in December as the examinership process ended and investment was not secured. As a result, local politicians, including Frankie Daly, rallied to attempt to save senior soccer.

On Monday, a new group called Limerick United held their first press conference, announcing that they had been accepted into the underage and women’s leagues for the new season with a view to reviving senior soccer in the city in 2021. The group was led Cllr. Conn Murray.

However, in another bizarre set of events, Limerick Football Club released a statement tonight claiming to have secured a substantial €500,000 investment over the next three years to save the future of Limerick senior soccer.

“Limerick FC has confirmed a future investment into Limerick FC of €500,000 from international investors to be invested over a three year period to secure the future of Limerick Senior, Ladies and Underage soccer.”

Furthermore, Limerick FC called upon the new group at Limerick United, to join forces with the already existing club to secure the future of Limerick football and urged chairman Conn Murray to co-operate. However, the organisation revealed that Murray has refused to engage this week under legal advice.

“A large part of the investment is ring fenced for underage soccer. Limerick FC is eager to involve the newly formed group using the name Limerick United to join together in the best interests of underage soccer in Limerick.

It has not been possible to enter a meaningful dialogue with Conn Murray, the Interim Chairman of the new group by the Investors, representative and Pat O’Sullivan, Chairman of Limerick FC, despite repeated requests.

On the basis of legal advice provided to Mr Murray, he has refused to engage whilst High Court proceedings against the FAI are ongoing.  Unfortunately, Mr Murray refused to identify the new group’s Solicitors to the Investor’s Representative.”

Also, Limerick FC have claimed to honour the appointment of any coaches and players who have already committed to the Limerick United project in the future in order to unite both entities. The group also promised to address any queries on the role of current chairman of Limerick FC Pat O’Sullivan, who would be a figure of controversy.

“Limerick FC is willing to amalgamate with the new group to ensure the future of Limerick Soccer, Senior, Ladies and Underage.

Further, as a mark of goodwill to its county men and fellow football supporters, Limerick FC is also agreeable to the recently announced group members, including Conn Murray, Interim Chairman, and any coaches appointed by them to remain in place subject to FAI requirements regarding qualifications, Garda vetting etc.

The role of  Chairman of Limerick FC Pat O’Sullivan can be addressed as part of any talks.”

It has been an amazing week which now sees two separate entities vying for Airtricity League status in the future. Limerick United are yet to respond to the requests as of yet and we await more news on that front. 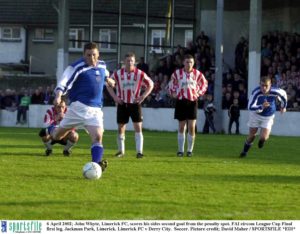 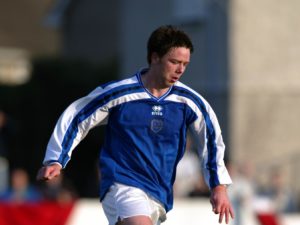 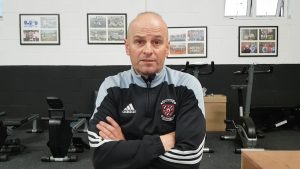