The Pro12 to be the Pro14 in September

The Pro12 is set to have two more teams in September.

The Pro12 is set for expansion this September.

The 2017/18 campaign is likely to see the addition of both Cheetahs and Southern Kings which are both Super Rugby teams in South Africa. 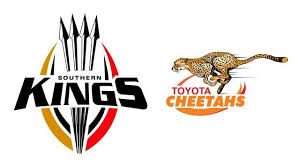 Super Rugby is reducing its number of teams from 18 to 15 for next season. Two South African sides along with one Australian will lose their Super Rugby status.

South African rugby’s main governing body is keen for the Bloemfontein-based Cheetahs and the Port Elizabeth-based Southern Kings to join the northern hemisphere tournament and Celtic Rugby Limited, which runs the Pro12.

The details of how the expanded competition would work have yet to made out. There is a possibility that the league could be split into two conferences.

It has also been reported The South African sides playing some of their home games at Allianz Park, the home of Champions Cup winners Saracens.

The news would certainly add an extra dimension to the league and a revamped format would also be welcome. The introduction of the South African sides and a different style of Rugby to the competition could only strengthen it going forward.