McDonald last managed Blackpool in League One in 2015. The club were relegated to League 2 under McDonald. However, he is remembered more for his various coaching roles at Blackburn Rovers, Bolton Wanderers and Hull City.

McDonald had a close working relationship with former Limerick FC boss Sam Allardyce at Bolton, Blackburn and West Ham United. Most recently, he assisted Mike Phelan at Hull but he departed when Phelan was sacked in January 2017.

Outside of the poor spell in charge at Blackpool, McDonald had two other full-time managerial positions at Carlisle United in League 1 and at Swedish club Ostersunds FK.

The former Preston player led Carlisle to their highest league finish in 20 years when they finished eight in League 1 in 2007. Surprisingly, he was sacked before the beginning of the 2007/2008 season as the board stated they had lost confidence in him.

During his time in Sweden in 2007, Ostersunds FK managed to survive relegation. McDonald had only been in charge for six weeks and the agreement was never long term. 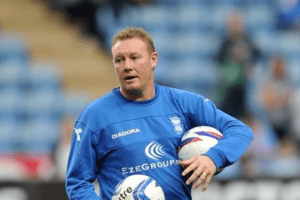 Steve Watson is known more for his 19-year playing career with high profile clubs such as Newcastle, Aston Villa and Everton on his list of employers. However, since 2010 he has been involved in coaching. He was appointed as development coach at Huddersfield Town in 2010. In 2012, he joined former Newcastle team-mate Lee Clark at Birmingham, but was sacked along with Clark in 2014. Since the summer of 2016, he has been assistant manager at National league side Macclesfield Town.

As well as the mentioned candidates, former Barnet manager Kevin Nugent as also been interviewed for the position. He was sacked after just two months in charge at Barnet this season.

Neil McDonald could be a welcome appointment for Limerick FC supporters. He is well respected by many managers in England including Sam Allardyce, Gary McAllister and Iain Dowie, who he worked with at Crystal Palace.

He has been quite successful in two of his three full-time managerial posts, not to mention the possible contacts he has built up in England over the years. The fact that coaches of that calibre are attracted to the club shows how far Limerick have moved forward under Pat O’Sullivan’s stewardship.

The Limerick job would almost certainly be a step up for Steve Watson. Considering the comparison that is always made between Airtricity League Premier Division level and Leagues 1 and 2 in England, Watson’s role as assistant manager at Macclesfield in the National Leaguer would certainly seem to be a level below.

The lack of knowledge both Watson and McDonald have of the Airtricity League may be seen as a problem. However, Limerick currently have a strong squad and with fresh ideas and tactical adjustment from an experienced or ambitious manager, the club may progress the way the supporters have patiently waited for.

An appointment is expected in the coming days as the interview process comes to a close.