Ireland finished off their Summer tour with a hard fought 35-13 over a stubborn Japanese side at Ajinomoto Stadium in Tokyo.

However, Ireland failed to kick on in the second half, the demands of a long season telling as the heat and humidity took a toll. The only second half score coming late on from a Sean Reidy try.

WATCH:
Was an entertaining game in the Far East this morning as @IrishRugby beat Japan 35-13. Here's Ireland's four 1st half tries! #JPNvIRE pic.twitter.com/CR5ncHB74w

The win caps a successful Summer tour with a young Irish side making it three wins from three.

Speaking to media after the game, Irish coach Joe Schmidt sad his players were finding the heat and humidity difficult.

“Having spoken to the players, that was very, very tough going.

“The Japanese defence came very quick off the line, very effective in the tackle and made the day very hard work.

“It was very hot out there, the players were fatiguing early in the game, so it was great to get a good start and hang on at the finish.

“I think we got exactly what we expected, it was very tough, very physical”

Ireland’s first half performance suggested that a second half blow out would follow but nothing of the sort materialise as the Jamie Joseph coached side came back at Ireland with renewed physicality.

Japanese captain Michael Leitch was their stand out performer as they fought back bravely in the second half with Kotaro Matsushima scoring a well-worked try to add to wing Akihito Yamada’s earlier effort.

Ireland captain Rhys Ruddock agreed that Ireland had been pushed all the way.

“Everyone found it unbelievably tough, both in terms of the physicality, speed and the way they challenged us in the tackle, with strength and tempo. It’s certainly our biggest test of the tour and we had to work very hard to get the win.”

Japanese head coach James Joseph was critical of his team’s ill discipline during an error strewn first half which saw his side conceded a flurry of penalties as they struggled to live with Ireland’s pace and intensity.

“The penalties that are avoidable for me are the silly penalties when we were on the back foot,” he said.

“Under pressure, those sort of penalties you just can’t afford to give away at Test match level. Today, they gave away a lot of penalties around the ruck.

“There was nothing wrong with our intention, it was just our application.” 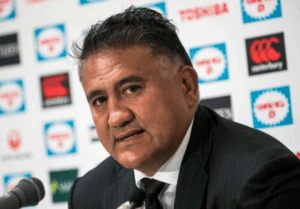