Limerick man Conor Murray seems to relish the big occasions in rugby, and it doesn’t get much bigger than taking on the All Blacks.

The Munster man is the first northern hemisphere player to score four international tries against New Zealand. His most recent effort coming in the Lions win over the Kiwis last weekend in Wellington.

Murray’s first international try came against The All Blacks in 2012, while he added a second in 2014 in Dublin, both games ending in agonising defeats for Ireland.

While back in November the Garryowen RFC man was on the winning side against New Zealand, claiming his third try against the world rugby powerhouse and helping Ireland to end a 111 year winless streak.

This weekend the Patrickswell native will have a chance to make history again, as the Lions go in search of their first series win over the All Blacks since 1971, however, he expects New Zealand to have a response after last week’s loss.

“They are going to be hurting, aren’t they? They will have a response, they will be hurting and they are at home in Eden Park. It’s going to be a massive challenge.

“We will enjoy this and appreciate what we’ve done, but everyone is looking forward to beginning work and getting as well prepared for next week in trying to take an opportunity. It’s a great place to be in.

“Not many people get to be in this position. We are going to do our best to take it.” 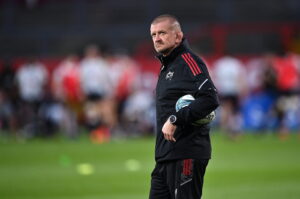 Munster will have a new look coaching ticket for the upcoming season. Preparations have begun for Munster as ...
Read More →