BT Sport wins right to full rights of Champions Cup coverage from the 2018/19 season on.

Sky Sports and BT Sort have been sharing the rights for The Champions cup since it’s beginning in 2014, but today it was announced that BT will have full coverage of the competition next year. This deal includes the Challenge Cup and will last four years from 2018 on. 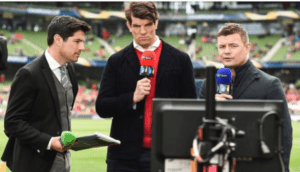 This will come as welcome news for supporters as they now will only have to subscribe for BT Sport meaning it will be cheaper than subscribing for both Sky and BT Sports packages.

The EPCR have also come out today and said they will reserve their rights for free to air coverage in Ireland and the UK “to meet its key objective of taking its matches to a larger audience and will take those rights to market at a later date.”

This decision comes after free to air coverage was trialled in France leading to a revenue boost for EPCR.

The upcoming 2017/18 will be the last of its format where Sky and BT share the rights to matches and it’s unclear from the statement made by The EPCR whether another broadcaster bid for the rights.