Some mouth watering potential replacements for Erasmus at Munster

With Director of Rugby Rassie Erasmus set to depart the province in December, we’ve come up with a list of possible replacements. The timing of the decision is unsettling to say the least as Munster have already began their preseason and do so under a huge cloud of uncertainty.

While the 6 months notice as now been served by the South African, Munster would surely let him depart earlier should a suitable replacement be found.

So who will be the right man to take Munster Rugby forward in the future? Here are just some possibilities. Some are real possibles while others are certainly longer shots. 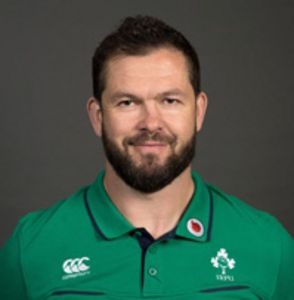 Andy Farrell is a young but promising coach. He has had very high profile roles as defence coach with Saracens, England and The Lions but hasn’t been given the opportunity as director of rugby yet. The ambitious Englishman would most likely relish the chance to take on the top position at Munster.

He had a taste of what the Thomond Park club are all about,  with many reports stating that he had been a great influence on the side. He’s now on his second Lions tour as coach and is still only 42 which goes to show that he definitely knows what he’s doing.

He’s currently the Irish teams defence coach but if he was to be offered the position you can only imagine he would love to take it and he could even be able to balance both positions if Munster recruit a few more coaches like him to help. 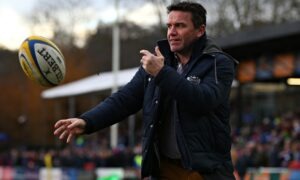 First off is former Bath and Toulon coach Mike Ford. He has coached at international level with both England and Ireland and has had some success winning a triple crown with Ireland and guiding England to the 2007 world cup final as defence coach.

If munster were to bring him in as head coach he would have experience in this role. With Bath, between 2013 and 2016, he secured them a champions cup spot, a challenge cup final, a second place finish in the premiership and eventual loss in the final to a strong Saracens squad and then received Director of Rugby of the Year in 2015. At Toulon he didn’t have the most success but when you’re openly threatened in the media by your boss about your job you’re going to find it hard to be successful. 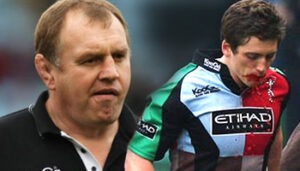 Most people remember Dean Richards for the “bloodgate” scandal whilst he was coaching at Harlequins, but after a three year ban, it’s highly doubtful that he would do anything so stupid again. In his first few years of coaching he led Leicester Tigers to four premiership titles in a row along with two heineken cups.

When he was at Harlequins he brought them straight back up to the premiership in a season where they only lost one game. After he left Harlequins due to the “bloodgate” scandal he got back into coaching with the newcastle falcons. With the Falcons he guided them to and 8th place finish in the premiership, which is their best finish in 11 years.

This choice is a little far fetched due to the fact O’Gara came out this year and said he would like to coach Munster at some time but not at the minute, he said he wants to finish his coaching in Paris first and then see where he is at.

However, with these comments during the year O’Gara went on to say how much he loved being back and how he loved being back in Cork, his home city. In three years of coaching. O’Gara has helped Racing 92 win a Top14 title along with a Champions Cup final spot which is not a bad return at all. With Jerry Flannery and Felix Jones amongst the backroom staff and Paul O’Connell helping out development teams in the province, O’Gara could yet be tempted by the role.

Like O’Gara, the Munster legend needs no introduction and has already worked with the Munster academy set up. Whether or not he is ready or willing to step up to the Director or Rugby role is a different question.

Great players and club legends don’t always translate into good coaches and the fact that O’Connell has been such an integral part of Munster’s success over the years will be an added pressure.

O’Connell has as a wealth of experience spanning three Lions tours, four World Cups, 108 international caps and is regarded as one of he greatest leaders in the game. However the move into coaching at this level might be a way off.

While the Limerick man is certainly a Munster coach in the making, this job might be too soon on the learning curve.

The former England coach is well regarded and bar a disastrous 2015 World Cup as the host nation, he might still have been in the England job. 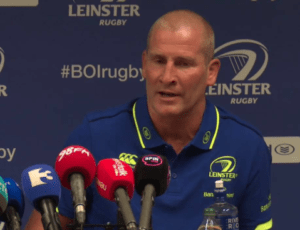 Despite that humiliation, Leinster announced last year that Lancaster would join their backroom team as a senior coach.

While his attributes may not be best suited to the training field, Lancaster’s work with the underage teams of both England and Scotland could be exactly what Munster need to re-establish themselves in the longer term. Given the IRFU’s strict policy on overseas signings, Munster cannot do without having a strong and vibrant academy system. 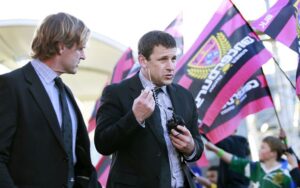 Another cult hero in the province, Jason Holland would definitely be an outsider for the role. He has the experience of coaching with Munster before as he was a part of the backroom team that helped Munster win the 2008 heineken Cup.

After a few more years with Munster he went home to work in a coaching role with Canterbury. He progressed into a role as assistant coach with the very impressive Hurricanes who won their first ever Super Rugby title last year. Any coach who can win a Super Rugby title has to be looked at surely, and with his history with the province why not? However as he recently came out and said he isn’t ready to return to the province at the moment, it would be a very long shot 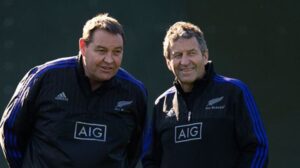 Some Munster fans might not have heard this name before, but Wayne Smith is a vastly experienced coach who has been plying his trade with New Zealand and then The Chiefs for the last decade or so. In his first year as assistant coach with the Chiefs in 2012 they won their first Super Rugby title.

Whilst assistant coach with New Zealand he has led assisted in them winning consecutive World Cups in 2011 and 2015. In May of this year he announced he will be stepping down from coaching at the end of the Rugby Championship in September. However he is quoted as saying he’s not completely finished which could definitely leave the door open for Munster. Maybe Doug Howlett could put in a good word! 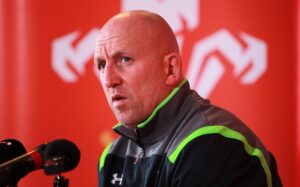 Shaun Edwards is one of the most qualified coaches on this list. He has won 13 major honours as a rugby coach including 3 Six Nations title’s with Wales as defence coach as well 3 Premiership title’s and one Heineken Cup as head coach of  London Wasps as well as winning World Rugby’s International Coach of the Year award in 2008.

His signature would be very difficult to get due to the length of time put into his role as Wales defensive coach but a role as director of rugby with Muster with a great group of players at his disposal might be tempting along with the new challenge it brings itself. 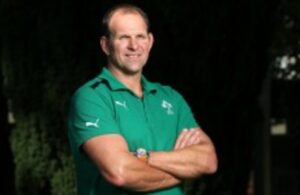 John Plumtree is a New Zealand born player turned coach that has coached both in the Northern and Southern Hemisphere.

He had relative success with the then “Swansea Rugby Football Club”. Following on from this he coached in New Zealand with the Wellington Lions and then with the Sharks in South Africa.

He made a name for himself at the Sharks as he won the Currie Cup for the first time in 2008 since 1996. Following poorer seasons he left this role and was brought over to Ireland by Joe Schmidt where he would be the national teams forwards coach but again this didn’t last too long leaving for the Hurricanes 10 months later.

At the Hurricanes Plumtree was appointed defence and forwards coaching helping the franchise to a memorable Super Rugby title last year. Due to his past experience in Ireland this role might be something Plumtree would consider if he was approached. 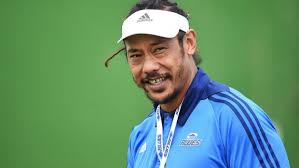 This might not be the most popular name on the list due to the history Umaga has with Irish Rugby favourite Brian O’Driscoll but on the coaching side of thing Umaga is making a very good name for himself with the Auckland Blues.

Most notably this Lions Tour Umaga’s Blues defeated a strong Lions outfit with some very exciting rugby. Since Umaga took over in 2015 the blues have done well but since they are competing in a conference against other extremely strong New Zealand teams they have found it hard to reach the quarter final stages of Super Rugby. 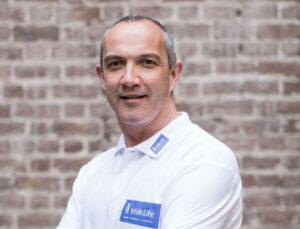 Again this would be a great coup for Munster but at the same time very difficult to pull of. O’Shea is not very long into his Italy career and it would be very surprising if he did leave his role. Whilst coach at Harlequins, O’Shea had huge success winning the Premiership in 2012 and the Challenge Cup in 2011.

On top of this he won an Anglo Welsh Cup which suggests he works well with youth as this competition is usually littered with academy players. With Italy he has also had relative success with the national team beating South Africa for the first time in their history in the last Autumn Internationals series. If Munster have any hope of getting him to sign with them they will really have to offer an awful lot to even have him considering the opening. 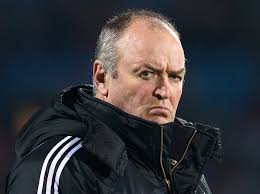 Graham Henry is a big name within any coaching circle. The kiwi has a great track record with 3 Super Rugby titles with the blues, two of those as head coach, and of course the 2011 World Cup with New Zealand.

He has coached in the Northern Hemisphere before leading Wales to 11 successive wins in 1999. Due to this success a few years later he was appointed the head coach of The Lions, becoming the first southern hemisphere man to do so. They went on to lose the series 2-1 to the then World Champions Australia but overall won seven out of ten matches played which is not a bad return.

At 71 he might not be interested in the role, but when it comes to coaching it would be hard to resist such a great opportunity like this.