The IRFU and Munster have confirmed today that they have signed two new forwards, Chris Cloete and Gerbrandt Grobler.

Chris Cloete who plays for the Pumas and Southern Kings in South Africa has signed a three year deal whilst former Racing 92 player Gerbrandt Grobler has signed a one year deal. 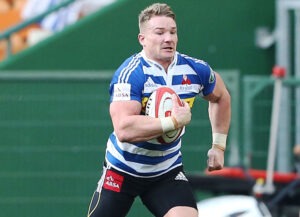 Cloete, a flanker, has had an impressive season with the Southern Kings scoring six tries in 21 appearances for the Super Rugby franchise. Currently with Currie Cup side the Pumas, Cloete used to play for Western Province in the competition and also played some rugby in Sri Lanka.

He is known for his powerful breakdown work, so much so, he was recognised this season because of it and played an integral part in South Africa “A” side beating the French Barbarians 48-28 scoring two tries in the process.

The six foot six second row Grobler played for Racing 92 twenty times in the 2016/17 season. He started for Racing in the pool one encounter against Munster in Paris and has an impressive five tries to his name. 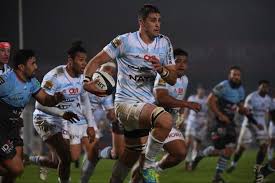 Grobler has experience in Super Rugby with the Stormers in South Africa. With the Western Province he also played in the Currie and Vodacom cups.

Both players are yet to receive valid work permits or obtain medical clearance. Howeerr, once they are granted Grobler is expected to join up with Munster for pre season whilst Cloete will join after the Currie Cup is concluded.