The UL Vikings have just one game remaining in the regular season. They were due to travel to take on the North Kildare Reapers this coming Sunday in their penultimate contest, however, the Reapers have forfeit the game.

Attention now turns to that last game of the regular season against the Dublin Rebels on July 9th in Presentation RFC, Rathurd.

The undefeated Limerick side are close to qualifying for a home semi-final, a game that will be set to take place at Garryowen RFC, Dooradoyle.

Team captain, Bono, says the Vikings are high in confidence coming into the business end of the season but doesn’t want his side to get too carried away. 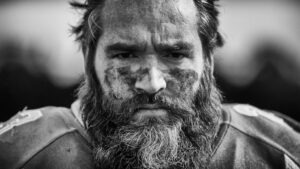 “We are feeling very confident but that’s when it’s easy to take your eye off the ball and foot off the gas. Even though we received word of the forefit of our game against the Reapers next week, we had a full scrimmage game scenario this weekend in practice, our offence played our defence in a full timed 4 quarter game, full contact will official league refs and everything.”

Before attention turns to the semi-final stages, UL will look to finish the regular season unbeaten when they take on defending champions the Dublin Rebels on Sunday week.

“The Dublin Rebels are a solid team with not many holes in their game. Win or loose both teams always come away from those games knowing they played a game of football. They beat us last season in the Semi Finals and went on to win the Shamrock Bowl. Having beaten them already in Dublin this season in a very tough fixture, we are under no illusion that they are going to travel to limerick looking to get that win back.”