PREVIEW: Carey says the ‘Well “must strike while iron is hot” in Munster

Ciaran Carey will lead his Patrickswell side to Walsh Park this Sunday as they take on defending Munster champions Ballygunner in the semi-final of the competition.

Patrickswell captured their record twentieth county title at the start of October when they overcame Na Piarsaigh in the Gaelic Grounds by 1-17 to 0-15.

For Patrickswell, Sunday will provide a first crack at the Munster championship since 2016 when they fell to Glen Rovers in the Gaelic Grounds.

Many of that side still remain and this group will know that game was left behind them with Ballygunner providing a chance to amend that loss.

This will be Ciaran Carey’s first venture into the Munster championship as Patrickswell boss having won been part of the clubs only two Munster titles as a player in 1988 and 1990.

The club legend spoke about the lengthy lay-off his side have faced into since the county decider and is happy with his team’s preparation ahead of the Munster clash.

“Yeah it’s been four or five weeks now since the county final and I suppose we kept it going as good as we could. We’ve managed to get a couple of challenge games in so it’s managing that four or five weeks really. Hopefully I think we have managed it well but that will be on the result Sunday.”

Waterford kingpins Ballygunner will be looking to account for Limerick opposition for the second consecutive year as they seek to retain the title they won for the first time ever 12 months ago.

After recently capturing a sixth consecutive Waterford title, Carey is under no illusion of the threat that the Deise side pose.

“Without a doubt. Their record speaks for itself. Six senior championships in a row, that’s phenomenal. I’ve never seen a club in my time do that in any county so that speaks volumes for itself. We’re relishing the challenge.”

Although Patrickswell are top of the Limerick Senior Hurling Championship Roll of Honour, they are yet to add an All-Ireland title to that list with just two Munster Championships annexed.

Carey was part of the victorious 1988 and 1990 sides and said his local club have failed to live up to expectation in past years but are fully focused on grasping their opportunity this Sunday.

“You must strike when the iron is hot and thankfully, I was there for that (1988 &’90) one. You need to target it and give it a proper go and treat the Munster club with the respect it deserves and hopefully we will do that on Sunday.”

With All-Ireland winners, Cian Lynch, Aaron Gillane and Diarmuid Byrnes at their disposal, Patrickswell’s 2019 squad is their strongest in years and Carey is confident in the ability of the squad as a whole to overcome the odds come Sunday.

“There a very well managed, drilled team and there’s only one way you can manage that. You need quality and I’ve no problem in saying that we have a lot of that in Patrickswell.

We’ve always had a few county hurlers but it’s the players that would be unknown, as of yet, you’ be hoping they come on the day and a combination of that. If we are to win a Munster club championship, you’re expecting three-quarters of your squad to be hurling well and that’s what we’ll be hoping for.” 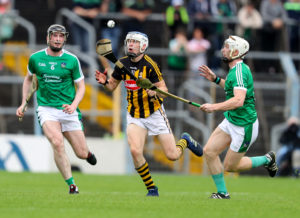 Limerick start their defence of the Allianz Hurling League campaign against All-Ireland holders Tipperary this weekend and manager ...
Read More →

Tipperary manager Liam Sheedy is hoping that all the celebrating from last year's All-Ireland win is out of ...
Read More →

LIMERICK’S senior hurlers get the defence of the National Hurling League underway this Saturday evening with a visit ...
Read More →

WITHOUT a doubt Limerick v Tipperary is a big game, but with no relegation, I see both the ...
Read More →

Lee hoping to build on McGrath Cup win as league begins AFTER THEIR McGrath cup victory over Cork ...
Read More →

Limerick GAA have announced that Adare's Declan Hannon will continue to captain the senior hurlers in 2020. Hannon ...
Read More →

Mary Immaculate College came out victorious on a comfortable 4-24 to 1-19 scoreline over LIT and in doing ...
Read More → 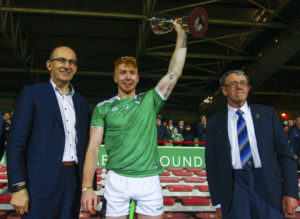 Limerick concluded their preseason by beating Cork in the Munster Hurling League final last Saturday winning out 1-32 ...
Read More →
We use cookies to ensure that we give you the best experience on our website. If you continue to use this site we will assume that you are happy with it.Ok