Limerick making progress with Kiely at the helm

Despite missing out on promotion from 1B for another year, RTÉ panelists believe that John Kiely is steering Limerick in the right direction and will have them fired up and ready come the championship clash with neighbours Clare on June 4th.

Speaking after last Sunday’s two-point victory over Cork at Paic Ui Rinn, Galbally native Kiely was full of praise for his team who responded to criticism following the disappointment of the Galway game to turn in a fine performance against a fancied Cork side.

“I was delighted with the performance, we worked really hard and showed great composure at times. Our decision making was good and everybody chipped in”. 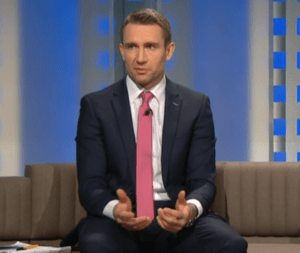 Eddie Brennan believes Limerick are headed in the right direction

While Kiely was happy with his team, 8 time All-Ireland winner Eddie Brennan believes that the Cork result is a big boost for the county as the focus switches towards the championship.

“There was a big question mark in general around what’s going on in Limerick at the moment. Today is a good result, it now puts them in a position where they are one match away from a national league final, albeit against Galway again”.

“It’s a shot in the arm at the real right time for Limerick. They have had an indifferent league, they have quality hurlers down there and John Kiely is a good solid manager and he will gel them together with his back room team Paul Kinerk and Joe O’Connor involved”.

“They have a good set up down there, it’s just to get these players gelling together and playing like they can”.

Brennan was not alone is he precise of the treaty men with Ger Loughnane saying that Kiely is slowly but surely building a capable team. Despite not fancying Limerick to beat Cork at the weekend, the two time All Ireland winning coach with the banner, reckons Kiely is making real progress. 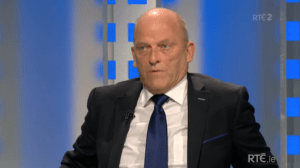 “In fairness, John Kiely came in and he has brought in a lot of he fellas that have played U-21 and that won the U-21 All-Ireland with him”.

“When you take the team he had today, going down to Cork today, I wouldn’t have given them a chance. Simple as that”.

“There was a lot of young lads playing in the forwards. You have Declan Hannon who a lot of us would consider their best forward was playing at centre back, the Dempsey brothers in there from Na Piarsaigh”.

“There was a huge Na Piarsaigh influence today with four players between midfield and the half forward line and Geared Hegarty who played wing back in their U-21 team playing in the forwards and scoring four points”.

“John Kiely has a plan for this team, he has his defence already settled, he has huge options for the forwards. He has Paul Kinerk in there as a coach with Joe O’Connor”.

“They have a  great set up and Kiely is a real solid guy so you can expect that this year when the face Clare in the (Munster) semi final, they will be well organised and really fired up. He is making great progress with them”.

There is no getting away from the fact that the league was disappointing but Galway’s victory over Waterford and Wexford’s victory over Kilkenny puts a slightly different perspective on Limerick’s campaign.

Kiely and his charges will head into the Galway semi final on Easter Sunday with a point to prove. A victory would have Limerick back in a National League final for the first time since their six point defeat to Kilkenny in 2006. The following year Limerick would go on to reach an All-Ireland final.

Let’s hope that the current crop and continue to develop and grow into a panel capable of challenging for honours.